White Plains, NY -- (ReleaseWire) -- 10/27/2020 --Plastic surgery isn't exactly a brand-new discipline in medicine but it's definitely becoming more popular among typical citizens and not just with celebrities. In any given year, literally millions of people undergo plastic surgery to correct or make changes in their body – both minor and major.

So where do these people go when they need to have changes done with the expectation of excellent results? Well, Dr. Robert S. Reiffel can be easily sought within the hustle and bustle of the Big Apple.

Of course, his solo practice doesn't stop the Doctor from being recognized by the community he's in. Practically every year, he has been getting a Lifetime Achievement Award and has been declared one of the "Best Doctors in Marquee".

How substantial these awards are? They were basically chosen based on recommendations not just of the patients – but also of other doctors in the area.

"The who's who and the best doctors ask other physicians basically who they would send their family to. It's not what happens with how you advertise. It's the work you do, how you're trusted by your patients and your peers. Your peers see the good and the bad and they basically ask them, if you're gonna send your family member to another physician, who would you choose?"

With roughly 30 years of practice therefore, Dr. Reiffel's expertise in the industry has been confirmed not only by his patients but also by those he actually works with in the industry. Unsurprisingly, his long history in plastic surgery and everything associated with it has put Dr. Reiffel in the perfect position to judge how the industry changed over the past decades.

Would he change anything in plastic surgery now, if given the chance?

"Low insurances reimbursed, what they do and the malpractice litigation issues. Part of what I do is cosmetic which is strictly out of pocket. And part of what I do is reconstructive, which is paid by insurance. And there's a big push nowadays to try to limit the cost of medical care. And unfortunately, a portion of medical care is done in order to a) provide profits to the insurance company, and b) protect the doctor against malpractice."

He explains further that most of the malpractice cases today are launched with a goal towards winning in court. This unnecessarily pads the cost of medical care and makes it more difficult for patients to meet their medical needs. He proposes a possible remedy for this problem:

"…we could significantly reduce the cost of medical care if we could reduce the profits of entities that don't contribute to the final product. That is, profits of insurance companies, profits of malpractice attorneys and excess profits of drug companies. Drug companies do have to pay for research but there's a lot more that that they get out of it than what they put out in expenses. And that's not benefiting our patients."

This is an interesting and unique look into the growing cost of medical care which has consistently plagued the US health care system. Compared to other developed countries, the United States definitely has one of the most expensive price tags in relations to medical care and a lot of factors actually contribute to that amount.

"Those items don't make you any healthier over your lifetime. So, if we could whittle down the type of things that we as a country are spending on items that don't make us healthier, we'd be better off."

But that's not the only problem he seems as Dr. Reiffel also points out the sudden disappearance of the one-on-one method of conducting medicine.

"You can't run a practice anymore based on come-down, you-sit, we-talk, we-talk-for-a-while, I examine you. It's in-and-out, in-and-out, in-and-out. It's a machine. It's not the same as it used to be. And I don't know that it'll ever go back to that." He laments, as doctors now have to see more and more patients to keep up with the growing expenses, therefore drastically limiting the amount of in-person conversations that help foster communication with his patients.

It's therefore not surprising that when asked what kind if superpower he'd want, the Doctors' answer hits a little too close to home as he describes a time he met a puppy for the first time.

So what does he want?

About Dr. Robert S. Reiffel
Dr. Reffeil his practice in 1980 at White Plains New York, making him one of the proponents of plastic surgery in the State.

Dr. Reiffel didn't just practice plastic surgery - he helped shape this medical discipline into what it is today. His professional background shows this clearly, having been certified by the American Board of Surgery in 1978 and then receiving Certificate of Added Qualification in Surgery of the Hand in 1990. He earned his degree first from Yale University and then the Columbia University College of Physicians and Surgeons. 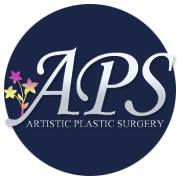 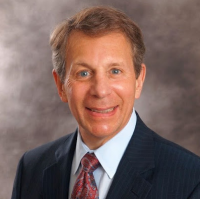