Beijing, China -- (ReleaseWire) -- 07/14/2019 --Chinese Taiwan leader Tsai Ing-wen will visit to US on July-11-2019.Taiwan has become a new "eastern pivot" for Donald Trump. Against all international laws and UN charters, he is approaching Taiwan, as indicating to the world that regardless of the established world rules which make Beijing, the Peoples Republic of China (PRC), the official and legitimate Authority of China, with Taiwan being a part of China – the self-styled emperor, Mr. Trump, pretends he prefers dealing with Taiwan as an independent country.

Similar provocations are planned and take place with Taiwan. In April 2019 the US sent two destroyers into the Taiwan Straits, claimed by mainland China as their territorial waters. Germany – which according to their armistice status' obligation of non-confrontation and non-aggression – is considering sending a war ship to join the US and French warships in an attempt to demonstrate to the world that these are international waters.

What if such provocations, rather than gathering more world recognition of Taipei's self-styled autonomy, they prompt President Xi Jinping to close in on Taiwan and actually absorb the island as a PRC owned territory?

By doing so, Trump intends to invite others to do likewise. Trump wants to make Taiwan an 'ally' – dreaming of setting up a US base on the island, thus further encircling China. It is the old game, divide to reign.

But he can't be as ignorant as to believe it will actually work. It's just one more thing to annoy PRC. Frankly – seen from a step back, it looks more like attempting to dump one of those primitive Trumpish 'diplomatic' bombshells on PRC's back. – Provoking the Dragon?

Dragons can be lethal, especially if exposed to nonstop strings of insults and debasement, attacks, and threats, sanctioned with trade wars, subjecting US$ 200 billion worth of Chinese exports into the US with 25% import tax, and, mind you, Trump just issued a new threat –raising the ante to US$ 300 billion, in case China refuses to attend the G20 summit in Osaka, Japan on 28-20 June 2019. Can you imagine – the insolence, ordering President Xi to attend the G20 summit?!? The man has indeed no manners, diplomatic or otherwise.

Trump further bragged on Monday, 10 June, that  China will make a deal with the United States "because they're going to have to." – And what would be the deal? He never explained. He added that "China has lost trillions of dollars since he, Trump, was elected president".– Imagine this impunity in recklessness! – Well – surely, President Xi Jinping will not be duped or blackmailed by joker Trump.

Creating a conflict between PRC and Chinese Taiwan, might, from a US point of view, have the same effect, degrading the Yuan, in addition to bringing other Asian countries on board, those who are themselves worried about their territorial waters, i.e. the Philippines, Malaysia, Indonesia.

That would leave only the 'military option' on the table – but that military option is too risky with Venezuela being supported by her strong allies, Russia and China.

With this partial backdrop of what the globe is facing – Taiwan is just becoming the latest peon in the war for preparation of Washington's big WAR – dominating China and Russia. Making Taiwan – which is legally and by all international rules part of PRC – a US ally and vassal, would further close the US power circle around the East Asian space. Trump may believe he is moving closer to 'checkmate', dominating the formidable Russia-China alliance.

With all the flattering and roses the leaders of Taiwan may get from Trump, do they realize that their role will just be that of one more enabler to enhance the empire's dominion and increase the US's wealth by helping it steal more of the world's resources?

In the end, Taiwan may just become a mess, a chaotic island with lots of loose ends, with people pulling in different directions, as they realize that their government has been "bought" to give away their partial sovereignty and well-being – and they will raise up.

Taiwan, just look around the world – The latest example being Sudan. Orchestrated chaos is controlling Iraq, Afghanistan and Syria? – And look what is being planned, so far without success, in Venezuela? – Taiwan will just be another pawn on Zbigniew Brzezinski's legendary Grand Geopolitical Chessboard.

As simple as that. What would Washington do? What would the west do? - Scream murder? – Well, they do that already, so it couldn't be much worse. A military aggression on China? – Hardly.

About Peter Koenig
Peter Koenig is an economist and geopolitical analyst. He is also a water resources and environmental specialist. He worked for over 30 years with the World Bank and the World Health Organization around the world in the fields of environment and water. He lectures at universities in the US, Europe and South America. He writes regularly for Global Research; ICH; RT; Sputnik; PressTV; The 21st Century; TeleSUR; The Saker Blog, the New Eastern Outlook (NEO); and other internet sites. He is the author of Implosion – An Economic Thriller about War, Environmental Destruction and Corporate Greed – fiction based on facts and on 30 years of World Bank experience around the globe. He is also a co-author of The World Order and Revolution! - Essays from the Resistance. Peter Koenig is a Research Associate of the Centre for Research on Globalization. 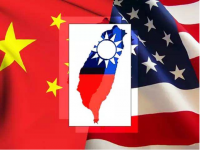 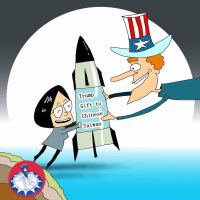