An inspirational memoir by a decorated fighter pilot of victory over adversity - the path to true freedom.

Phoenix, AZ -- (ReleaseWire) -- 02/20/2014 --On Sunday, February 23, 2014 there will be an opportunity to come out and meet Col. Richard Toliver as he signs copies of his bestselling book, AN UNCAGED EAGLE: TRUE FREEDOM. The event will be held at 2:30 pm at TeeBird Air Pilot Shop in Phoenix Deer Valley Airport, 702 W Deer Valley Road. Col Toliver retired from the Air Force after twenty-six years of dedicated service. He is a protégé of the famed Tuskegee Airmen, where he was mentored, trained, and commissioned under their tutelage.

This book, in a colorful and most entertaining fashion, chronicles Col. Toliver’s rise from the humblest of origins in Shreveport, La., to his distinguished Air Force career that included 446 combat missions in Southeast Asia. It highlights some of the tremendous people who helped him overcome the adversities he faced along the way to becoming the man he is today.

In a broad range of stories, Col. Toliver recounts the highs and lows of his life – from earning three dollars a week on his first job as a youngster, to his family’s escape from the Ku Klux Klan in the backwoods of Louisiana in 1942, to his professional and personal relationship with American businessman and former presidential candidate Ross Perot, who wrote the foreword for AN UNCAGED EAGLE.

“We’re thrilled to be hosting Col. Toliver’s book signing event for AN UNCAGED EAGLE to commemorate this very important part of our nation’s history. The life-changing wisdom in his book is perfect to uplift, motivate and energize anyone who has encountered seemingly insurmountable challenges in his or her life.” said Jim Modeste, owner of TeeBird Air Pilot Shop.

Asked why he felt compelled to write this extraordinary book, Col. Toliver’s response was simple, succinct, and profound. He explained, “This book was written to inspire and motivate those who may still be trapped in an emotional cage of despair and frustration. Hopefully, they will be encouraged to seek the freedom I was blessed to find - the freedom to create, dream, forgive, love, and to pursue the life meant for us by our Creator.”

The area is already buzzing with excitement to meet this decorated hero, and quite a turnout is expected at Deer Valley Airport for this book signing event. 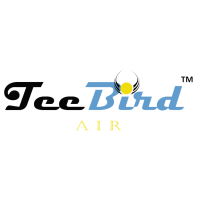 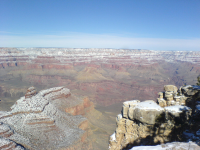