Lugano, Switzerland -- (ReleaseWire) -- 01/30/2018 --Ever thought of becoming a human app? That's right; entrepreneurs can now brand themselves with an avatar identity and join the micro-enterprise boom with UbiatarPlay. The new platform allows go-getter types the opportunity to be their own boss by turning themselves into avatars who'll go just about anywhere for a fee. Think, a one-sided, on-the-go Skype or FaceTime session minus too much interaction. Now entrepreneurial avatars can build their own business just by taking their customers' visual cues on a smartphone; making the whole wide world seem like a buyer's backyard.

Based entirely on a blockchain and open-sourced for transparency, Maria Elena Gitto, CEO of UbiatarPlay, said of the new platform, "This is quite an opportunity for sellers who can see the economic potential in being an avatar. With little to no money, they can own a micro-enterprise, have control over their income, and create a brand regardless of economic restraints or social bias. They can even market their services with social networking-like tools. In fact, any business, charity, or organization can," said Maria Elena Gitto, CEO of UbiatarPlay.

So how does it work? Very simply. Think of going to GogglePlay or the AppleStore to get an app. An avatar's brand on UbiatarPlay is very similar; their services are marketed on the platform as a kind of human app. Once an UbiatarPlay avatar is chosen, they go to a specified location and begin the user-guided "tour" via their smartphone's visual commands. Mobile telepresence is now hyper-functional thanks to UbiatarPlay's Graphical User Interface (GUI) superimposed over a live video stream.

The platform counts the minutes of the session and when it ends, the user will receive a notice for the total cost of the connection. They confirm payment and the amount is transferred via the UbiatarPlay ICO. Cryptocurrency UbiatarPlay tokens can be transferred to and from third-party wallets and exchanged or spent using the Ubiatar debit card wherever Visa is accepted.

Gitto adds, "It's easy for us to talk about the affordable ICO we've created because it gives avatars a viable stake in their business and in UbiatarPlay. However, the benefits to the user can't be minimized. There's value in seeing what you want to see anywhere in the world without having to leave home to do it. It's a win/win value for peers in support of what we call the Humanity Improvement Project. Awesome potential all around."

About UbiatarPlay
Ubiatarplay is based in Lugano, Switzerland, near what is widely-acknowledged as the "Crypto Valley" for its strong crypto-tech ecosystem. UbiatarPlay is a peer-to-peer marketplace for Ubiatar. Ubiatar offers avatar services worldwide. 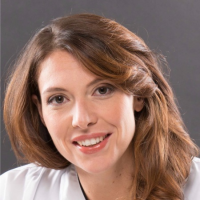