Councils around the UK are following the precedent set by Los Angeles by installing and implementing LED street lights.

Lancashire, England -- (ReleaseWire) -- 02/25/2013 --Since installing LED bulbs into street lights; Los Angeles has saved millions of dollars in energy bills every year. The widespread operation has just celebrated its fourth anniversary and continues to save to governing bodies of LA incredible amounts of money. Los Angeles Mayor Antonio Villaraigosa and ex-president Bill Clinton announced a partnership by the latter’s Clinton Climate Initiative to fit 140,000 street lights in LA with LED bulbs. Now UK councils are planning to do the same and hope to replicate the monetary success enjoyed by Los Angeles.

This month, Bromley Council announced plans to invest £8.5m into a programme that will see half of their 27,000 street lamps fitted with LED bulbs. This work will include many of the oldest street lamps in the area being replaced with state-of-the-art LED fittings. The LED lamps are projected to be 50% more efficient than the current incarnations which will equate to savings of £1.3m this financial year. It is part of an intelligent money-saving initiative brought about by the council to implement quality cost-cutting techniques.

Portfolio holder for the environment Councillor Colin Smith revealed: “Rarely are there win-win situations for council taxpayers these days but this is one of them.

"Bromley is known for its careful judicious use of financial resources and this project will result in substantial savings and bring about desperately needed new infrastructure at the same time.

"The sound financial position we have brought about allows these types of investments to be made and further improves the position for everyone."

Another area to benefit from LED street lights this month is Plymouth. The Devon town’s council is investing £13m to replace all 28,000 street lights in the town with LED street lamps as part of an energy-saving project. It is believed that the LED street lamps will save the council an average of £1.5m per year for the next 20 years. This will more than eclipse the money invested in the project and could see more money freed up for other uses.

"These projects are all about saving the council taxpayer a lot of money and protecting frontline services.

"Of course they also have considerable other benefits, making our city a safer and more environmentally friendly place to live."

More and more councils are exploring the possibilities and savings that can be made by investing in LED street lamps and other energy efficient initiatives. 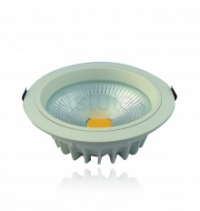