Saugatuck, MI -- (ReleaseWire) -- 09/23/2016 --Uncommon Coffee Roasters (UCR) ready-to-drink Cold Brew Coffee could be coming to a Meijer store near you. Beginning September 23, 2016, UCR's Cold Brew Coffee in a carton will be available at 168 Meijer locations in 6 different states (MI, OH, IL, IN, WI, KY). Meijer will be carrying 2 varieties of UCR's RTD cold brew. They will be retailing the 16-ounce drinks at an exclusive introductory price of $2.99 each.

In Spring of 2016, UCR released 3 varieties of Cold Brew Coffee: Straight*, Half & Half, and Chocolate Milk (as of this release, Meijer will not be offering the Straight* version). Partnering with Guernsey Farms Dairy of Northville, Michigan, the drinks are packaged in dairy-style cartons, an earth-friendly alternative to many competitors. As for the flavor, UCR's cold brew has been hand crafted for coffee lovers with more coffee and less added ingredients. Jason from Thirsty Dudes wrote, "The coffee itself is delicious and the small amount of added sugar would make this enjoyable to anyone out there who has even the smallest interest in coffee, and perhaps even others who have no interest."

In just three short months, more than 60 businesses in Michigan, Illinois and Indiana have picked up the products, selling more than 50,000 cartons. The first run of cold brew sold so quickly, production had to be tripled immediately. This forced UCR to revolutionize the way their cold brew was made. The end result was a proprietary tank, made in collaboration with Grand Rapids-based business, Psycho Brew.

About Uncommon Coffee Roasters
Uncommon Coffee Roasters is a small batch specialty coffee roaster in West Michigan. Owned and operated by Guy Darienzo and Stephen Keye, UCR opened as a café by the name of Uncommon Grounds in Saugatuck in 1994. In 2000, UCR began roasting their own coffee. Due to popular demand, in 2010, UCR opened a wholesale business in the neighboring city of Douglas. The company services over 200 customers in Michigan, Northern Indiana, and Illinois.

More information about UCR and their Cold Brew Coffee products can be found at www.MichiganColdBrew.com 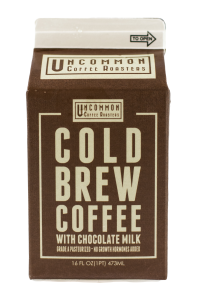 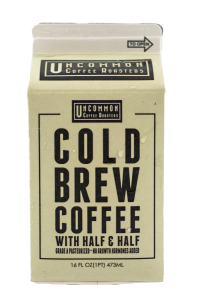 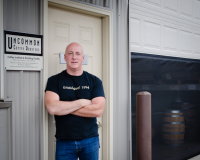