Up-and-coming artist Connor Byers grows his fanbase with his new single, Sorry, which has recently entered charts around the world.

Athens, GA -- (ReleaseWire) -- 07/09/2019 --At 18 years old, Connor Byers is quite young for the average producer or musician. Nonetheless, Byers has already released two albums and an EP across the past four years, and his latest work, "Magic Moments", was almost entirely produced and recorded by Byers himself. Released in May 17, "Magic Moments" is a seven-track grand project produced by Connor over the span of almost three years. The album has been met with much support from fans, and has already passed over 650,000 plays on Spotify. The lead single from the album, "Sorry", leads the effort, as it has recently charted on several countries digital streaming charts.

The 18-year-old artist first entered the scene almost 7 years ago, by posting a cover of the Bruno Mars hit, "When I Was Your Man". The video managed to gain a good bit of attention, and over the next almost decade Byers slowly built his audience to over 50,000 Instagram followers (on his account "connor.music"), and half a million Youtube views. Connor describes his music as a blend of numerous genres into something unique. This is highlighted in his new hit, "Sorry".

"Throughout my childhood, I was exposed to so many different artists and styles of music and that definitely affects my writing and production. Bob Marley, The Beatles, [and] Eminem were all present in my childhood and I think it definitely shows through my music," said Byers. In "Sorry," you can hear rock influences through his acoustic guitar, the classical influences through the violins, and island rhythms through the song's drum line.

The music video for the song was released alongside it on May 10th, and has already received support from fans and music lovers. The song and video both tell the story of a deteriorated relationship with Byers pleading out the song's pinnacle line, "but what am I sorry for?". Not all hope is lost however, as the video finished with a twist ending. Currently, it sits with over 50,000 views on Youtube

The album also features "The Chase," a club-banger about the struggle to rise in the music world, and "Rocketships", a singer-songwriter ballad, released in September 2018, that has been praised for its songwriting. The album also includes "That Love", "New Life", and "Tiny Moments". "Sorry" and many of Byers previous works, has been picked up by many college radio stations as more and more people discover the young artist.

More information about Connor Byers can be found on his website. The Georgia-based singer and rapper is also available across several digital platforms including Twitter, Instagram, and Spotify. 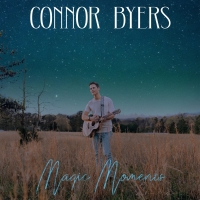 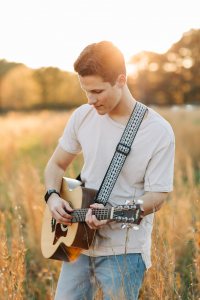