"SO IN LOVE" directed by local Las Vegas' Christopher Nation, launches IndieGoGo fundraising campaign at igg.me/at/so-in-love/x/925565 to fund production. Called "most promising" by Short of the Month, this film is gaining momentum to success.

Las Vegas, NV -- (ReleaseWire) -- 03/03/2014 --SO IN LOVE, a Las Vegas-based short film launches its funding campaign to raise the film’s production budget. SO IN LOVE chose IndieGoGo http://www.indiegogo.com/projects/617644/ (http://www.indiegogo.com/projects/617644/) a popular crowd-funding website, to raise 100 percent of their goal, and they are just 3K shy of reaching that milestone. This campaign is set to run through March 9, 2014, generating excitement and buzz for the upcoming film. The goal of this campaign is to raise the funds needed to produce a top-notch project intended to propel the important issue of teenage pregnancy from a nonjudgmental, but compassionate Christian persepective. To that end, most of the production crew has remarkably volunteered their time and talent, with a only a handful receiving a nominal fee. 99% of funds raised (minus Indiegogo's fees) go strictly to production costs.

SO IN LOVE will be produced by an international group of private individuals such as Ian Reed (Executive Producer- U.K), Stephen Dixon and KaiCarra (Associate Producers- USA), and Kellee Harris (Associate Producer-Mexico), to name a few of many. The film will be released in 2014, premiering in its own backyard, the Las Vegas International Film Festival, Summer 2014, and intending to make a significant run at top festivals and ultimately securing large-scale distribution.

The director produced a “SO IN LOVE” trailer for the film to give audiences a taste of what they are in store for if they donate or invest in the film. This trailer can be found on So In Love's IndieGoGo page, along with an extensive list of donation incentives for potential supporters and a personal statement from award-winning leading actress Eastynn Chadwick, and supporting actress, Ashley Jermaine.

SO IN LOVE has completed its first half of filming in October 2013 and is projected to complete production by Spring 2014. 'SO IN LOVE' is a short film about a young teen, Sara, who comes from an upper middle class family. Sara never lacked the proper essentials as a teenager, but sometimes, though love was there, it was not always evident. Sara meets a boyfriend, David, who she naïvely believes is a true love. After a year of promises and romance, Sara discovers that she is pregnant with David’s child. Sara approaches David with the news. Scared and immature, and obviously not ready for fatherhood, David gives Sara an ultimatum - get an abortion. Frightened and confused, Sara now faces the decision of abortion or adoption. Sara's love for David makes her decision even more difficult. Resting solely on Sara, the path she chooses is important to the future of the baby. While the subject may stir politically-charged emotions since it is a hotly-debated issue in today's society, this film highlights one individual girl's very human journey through a crisis many of our teenage girls face.

While still in production the film has gained notoriety by being awarded the "Indie Reign- Project of the Month" and "Short of the Month". The trailer was featured at the Premiere 2014 Las Vegas Indies in January 2014 and was well-received with eagerness for more of the story.

Christopher Nation has shared that teenage pregnancy is a relevant and important topic of today. When asked what he would like for people to do after viewing this film, he answered, "To care." 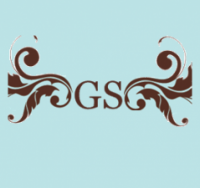 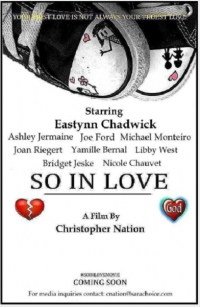