Upcoming Short Film, "What's the Good of Being Good?" by 9669Films to Be Released in November

9669 Films, LLC, the production company for “What’s the Good of Being Good?” plans for an official release date of November 2nd and an Official Trailer release in mid-October.

Westminster, CA -- (ReleaseWire) -- 09/27/2017 --"What's the Good of Being Good?" is an action-comedy short film about Atrocious Tran, a man who is devoted to doing good things for other people. When he is presented with the opportunity to save a beautiful woman, he drops everything to do so. In the process, Tran is chased by a dwarf and his deputies. To defend himself, he is forced to use his combat skills for survival.

This short film was produced by 9669 Films, a production company that has been in operation since January 2014.

"We believe having a high focus has very been important. Doing one thing and doing it well is the big lesson we've learned. The next few years are a very exciting time for 9669Films! We are very proud of our strike rate of turning self-developed projects into completed films.." -9669Films C.E.O/Founder -Lina Linh Nga.

The writer, director and producer of "What's the Good of Being Good?", also, the C.E.O and Founder of 9669Films, LLC, Lina Linh Nga, is a successful and well-rounded artist. Lina is having done writing and directing as well as acting and modeling since 1995. In 2003, she won the award for TV Best Series for the film Xuoi Nguoc Duong Tran (in English: In The Shadow Of Life) at the Vietnamese International Film Festival VIFF.

"What's the Good of Being Good?" stars actors Vivian Thuy Nguyen, Davis Noir, Duc Tien and Teresa Mai as well as others.

For more information on "What's the Good of Being Good?" and its release date, visit http://www.9669films.com or http://www.linhnga.net.

About 9669Films
9669Films was founded in January of 2014 by Lina Linh Nga, also known as Linh Nga. She founded her second film company after she graduated from Chapman University with MFA degree. She is a successful artist in 1990 in Vietnam. Vietnamese people know her for many roles she acted in movies and television series, as well as a face model for so many well-known articles. In 2003, she won the award for TV Best Series for the film Xuoi Nguoc Duong Tran (in English: In The Shadow Of Life) at the Vietnamese International Film Festival VIFF. With a desire to create content that entertains and enlightens, 9669Films has reached beyond its humble beginnings to become a full-featured studio. 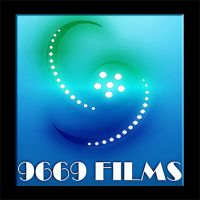 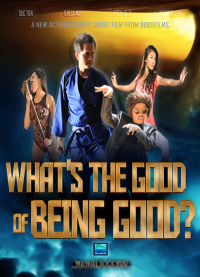 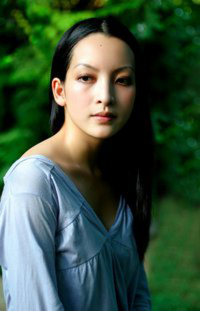