Jupiter, FL -- (ReleaseWire) -- 08/31/2016 --After a lengthy vetting process, AROME Spirits is proud to announce the finalization of a multi-year endorsement agreement with PGA tour winner, Brian Gay. Brian will be working to promote AROME and the exclusive nature and limited availability of the most unique aged sipping spirit to hit the global market.

AROME, a Florida based luxury spirits company, specializes in unique, hard-to-find aged sipping spirits. In the third quarter of this year, AROME 28 Rum, 500 Founders Reserve bottles of an extremely rare 28 year barrel-aged sipping rum from Panama was officially launched. Due to the lack of True aged sipping rum availability around the globe, three and a half years were spent sourcing and developing AROME 28 Rum to insure that quality, blend, and presentation meet the standards envisioned for this luxury sipping spirit.

Features of AROME include a French designed heavy glass decanter and French designed and produced thick glass closure with 23mm natural cork. The bottles also come in an elegant, white, quilted leather gift box, which has been crafted by hand. Each numbered and serialized bottle will be available for $595 while the supply lasts.

AROME 28 is a True Aged Rum. This means that the age statement on the bottle must read the youngest Rum used in the proprietary blend. Further, AROME's flavor is achieved by the Rum Master's ability to blend pure rum exclusive of additives.

Andrew Troyer, Founder and CEO of AROME, is excited about the partnership of AROME with Brian Gay, as the brand ambassador. Andrew stated, "Brian's story speaks to our own core values of success and giving back. He arose from humble beginnings to not only be a successful celebrity PGA golfer; he has also now raised over a million dollars for the Florida Children's Hospital."

Brian Gay was inducted into the University of Florida's Hall of Fame in 2010 winning Four SEC Team Championships. To date, Brian is a four time PGA Tour Champion and 1 of just 5 players in the world to win a PGA Tournament by double digits. His annual celebrity invitational raises funds for the Florida Hospital for Children. In just the span of two years, over $1.2 million was raised to benefit the Walt Disney Pavilion at the Florida Hospital for Children.

Gay stated, "I am honored to partner with AROME. I choose to align myself with those that demand the very best. AROME's uncompromising approach aligns them with the finest luxury hotels, country clubs, gourmet dining, and celebrities and athletes. I find in my profession that 'in order to lead…sometimes you have to stand alone.'"

During 2016, Brian will be part of AROME global marketing campaigns as well as VIP tasting events with select clientele.

Troyer added, "AROME is dedicated to making the best products in the world and will never compromise on quality. Brian demonstrates tireless efforts to refine his game, and remarkable philanthropic efforts to help those in need." 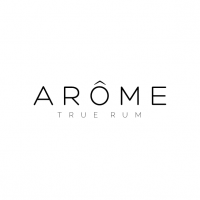 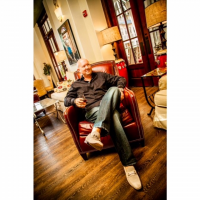 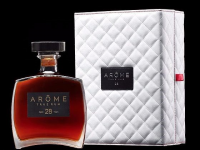