The Irrepressible Urban Crime Fighter Is Back! This Time Fighting an International Conspiracy in Her Native Ecuador in the Fifth Installment of the Filomena Buscarsela Crime Series

Oakland, CA -- (ReleaseWire) -- 07/30/2014 --NYPD-cop-turned private detective Filomena Buscarsela takes her teenage daughter Antonia on vacation to her native Ecuador only to discover that she cannot escape trouble, especially when her past is a big part of it. Filomena hasn’t been back in years, and the trip brings back memories of her previous life as a revolutionary. The 5th installment of mystery writer Kenneth Wishnia's series, Blood Lake (PM Press; August 2014; Trade PB: $17.9; E-book $8.95) is a thriller that introduces her colorful extended family, and forces this single mother to confront her turbulent past, and some of the most bizarre characters in third world politics.

Unlike Wishnia’s other 4 installments of the Filomena Buscarsela series, which usually depict the New York metropolitan area in all its gritty detail, the narrative of Blood Lake is unique: the latest novel conflates events that unfolded in different regions over the course of many years, and compresses them into a single insanity-filled period of about three weeks. Even before Filomena even has time to adjust to her new surroundings, a priest is murdered, a man who, years ago, saved her life and helped her escape to the United States. She owes him her life; now it’s time for the debt to be repaid, and she vows to find his killer. It’s an election year, and the dirty hands of politics seem to be everywhere, perhaps even in this senseless death. Filomena’s investigation promises to lead her back to the very people she escaped all those years ago. Filomena is up against the mighty “North Guayas Militia,” a fictional right-wing paramilitary group, controlling the northern section of the coastal province of Guayas.

As the country is wracked by natural and man-made disasters—landslides, floods, food shortages, protests, crackdowns—Filomena becomes a fugitive from the law, racing across the country toward a climactic confrontation in the Amazon jungle. Wishnia provides a novel rich with the sights, sounds—and dangers—of Ecuador, and a compelling look at the provenance of one of mystery fiction’s most dynamic heroines.

Though Filomena’s distinct voice--a mixture of social realism and stand-up comedy--drives the narrative, Blood Lake is also written on a broader canvas than the previous novels in the series. The introduction by noir crime writer, Liz Martinez, states that Blood Lake is not a Fodor’s guide to Ecuador. Wishnia wants the reader to feel a bit disoriented and unsure of her footing, since Filomena is going through that as well. In this manner, Blood Lake describes some of the dangerous and destabilizing conditions that have led to so much migration by Latin American refugees to the United States.

Blood Lake takes place during a violent and corrupt presidential campaign--is there any other kind?--with Wishnia taking creative liberties to shape utterly corrupt figures based on his own personal observations while living in Ecuador with his family. Wishnia takes components from Andean neighbors, Colombia and Peru, to heighten the dramatic impact of the story.

“Enormously engaging… touchingly real… It’s as if Wishnia were attempting to rescue the thriller from the bloat and preposterousness of Ludlumization in order to return it to its more Graham Greene-like roots in a recognizably mean world–just as Chandler and Hammett rescued detective fiction from drawing room gentility and yanked it down to the mean streets that had always been its natural habitat.”

“One of the most distinctive series in mystery fiction… Refreshingly original and complex.”

“There is too much to praise about this book, so suffice it to say that every element that makes a book great is in this novel, making for a truly memorable read.”

“A knockout narrator who hits the reader in the heart and the head… If there’s any justice, Fil Buscarsela will find a home on reader’s shelves and in their thoughts. Just try to keep her out.”

The Drood Review of Mystery

“BLOOD LAKE works equally well as a private eye novel, and atmospheric regional mystery and a political thriller that relies on people, not techno-gadgets, to tell a story of a country under siege.”

About Kenneth Wishnia
Kenneth Wishnia’s novels have been nominated for the Edgar Allan Poe Award, the Anthony and Macavity Awards, and made “Best of the Year” lists at the Washington Post, Booklist, Library Journal, and The Jewish Press. His novel The Fifth Servant was an Indie Notable selection, a Best Jewish Book of the Year (Association of Jewish Libraries), winner of a Premio Letterario ADEI-WIZO, and a finalist for the Sue Feder Memorial Historical Mystery Award.

Kenneth Wishnia was born in Hanover, NH, to a roving band of traveling academics. He has lived and worked (and been chased by riot police) on three continents, including several years in Scotland, France, and Ecuador. The urgent need for a day job forced him to earn a BA from Brown University (1982) and a PhD in comparative literature from SUNY Stony Brook (1996). He teaches writing, literature and other deviant forms of thought at Suffolk Community College in Brentwood, Long Island, where he is a professor of English. His official site: http://www.kennethwishnia.com 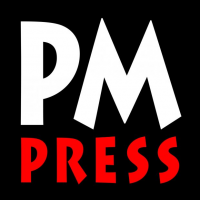 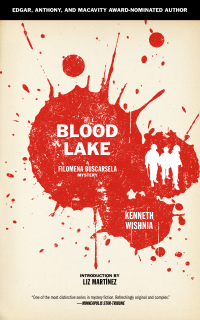