Sacramento, CA -- (ReleaseWire) -- 09/24/2019 --USA Cheer has announced that Nicole Nichols will be joining the coaching staff for the US National All Girl Team. The US National Teams represent the United States at international competitions, such as the International Cheer Union World Championship in Orlando, Florida each spring, as well as at other events.

Currently, Nicole serves as the Head Coach at the University of West Georgia (UWG) and works with both the all girl and coed teams at the university. Nichols has a proven record of success at UWG and has coached her all girl and coed teams to more than 10 national collegiate titles. Nichols will join a team of talented USA Cheer coaches, including Tony Nash, who serves as the Director of US National Teams and Head Coach of the US National All Girl team.

"I am extremely pleased that we are adding Nicole to the US National Team Coaching Staff. Nicole has an extensive coaching background with an abundant amount of success, and I believe her tremendous work ethic and knowledge from coaching both all girl and coed teams will be an asset to the US National Teams," says Nash. "I'm excited to have Nicole on our team and look forward to working with her."

Lauri Harris, Executive Director of USA Cheer, agrees, "As the leader in cheerleading in the US and around the world, we are continually striving to do everything with excellence and our absolute best! Having a well-rounded and experienced coaching staff is paramount to our success. We're thrilled to be adding Nicole to the coaching roster and look forward to her integrating her experience into the all girl program.

Nichols, who cheered at Slippery Rock University, is married to Brian Nichols and has two daughters, Kennedy and Macie. As the UWG coach, the coed team earned its division title six consecutive years, as well as four years for the all girl team. "It's an honor to join Tony and the other coaches as we represent the United States on the world stage. I can't wait to get started with this amazing opportunity!"

The ICU, the worldwide governing body for cheerleading, showcases the top cheerleaders from six continents at the annual ICU World Cheerleading Championships, where at least 80 countries are expected to field teams to compete. The US National All Girl and Coed Teams have won a combined 19 gold medals in the last 11 years. Each year, more than 130 athletes tryout for the prestigious honor of representing the United States on the US National All Girl and Coed Teams. For more information about the US National Teams, please contact Tony Nash, tnash@usacheer.org.

About USA Cheer
The USA Federation for Sport Cheering is a not-for-profit organization and is the national governing body for all disciplines of cheerleading. USA Cheer exists to serve the entire cheer community, including club cheering (All Star), traditional school-based cheer programs and the new sport of STUNT. USA Cheer has three primary objectives: help grow and develop interest and participation in Cheer throughout the United States; promote safety and safety education for cheer in the United States; and represent the United States of America in international cheer competitions. 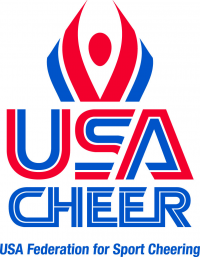 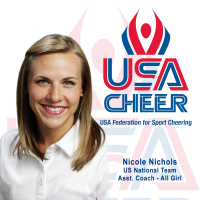