Fans of Jimmy Century is a popular electronic pop duo whose musical synergy on stage during live concerts has been described as lightning in a bottle. Lead singer, Alicia Perrone teamed up with guitarist/producer, Victor James, through a chance meeting at a movie theater that later evolved into their relationship as soul mates in music.

FOJC got off to a fast start with the success of their first single, “Hot Sahara” which charted at #23 and rose up on the Grammy ballots in the Electronic Dance category as the song rose up the charts. FOJC just wrapped up production of their new single’s music video which is set to release on VEVO shortly via SSMG/BuTown Entertainment/Bungalo/UMGD.

Fans of Jimmy Century are a popular Las Vegas group, originally from the San Francisco Bay Area that has amassed a national fan base with their hip groovy electro dance mixes and exhilarating live shows and concerts in the Bay Area, Las Vegas and national concert venues.

Street Scholar Music Group(SSMG) was established in 2009 as an Indy arm of Bungalo Records, with top 5 billboard singles in recent years, and founded by music industry veteran Robert (Leo) Rodgers.

Bungalo Records is best known as one of America’s pioneering independent record labels with a successful track record of top music releases that include the legendary Bar-Kays, DJ Quick, Mack 10, Latoya Jackson and Patti Labelle to name a few. Bungalo Records has been exclusively distributed by Universal Music Group Distribution for over 12 years. 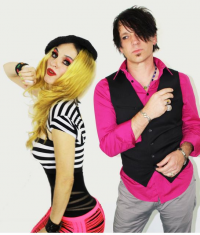