New York, NY -- (ReleaseWire) -- 09/16/2013 --Medical device manufacturer C.R. Bard and a plaintiff settled a vaginal mesh lawsuit originally scheduled to go to trial in New Jersey Superior Court on Sept. 23, according to a Bloomberg report. The Rottenstein Law Group LLP, which represents clients in vaginal mesh injury lawsuits, notes that this is the second Bard vaginal mesh settlement in less than a month.

Bard has agreed to pay plaintiff Melanie Virgil an undisclosed sum to settle her claims that her Avaulta vaginal mesh implant, manufactured by Bard, caused her problems with urination. A previous Bard lawsuit in federal court was settled for $2 million, according to Bloomberg.*

“Vaginal mesh is supposed to help treat urinary problems, not cause them,” said Rochelle Rottenstein, principal of the Rottenstein Law Group LLP. “If Bard’s product has resulted in serious adverse side effects, the risks of which were not made public, then the manufacturer should be held accountable. We hope that the settlement makes Ms. Virgil closer to whole again.”

Bard faces more than 8,000 claims in state and federal court over the Avaulta, according to Bloomberg. . Women are filing mesh lawsuits alleging they suffered adverse side effects such as pain, discomfort and difficulty having sex, in addition to vaginal erosion, according to court documents related to federal court cases involving six different mesh manufacturers.**

The Rottenstein Law Group LLP encourages those who believe they have suffered from the alleged side effects of their vaginal mesh implants to visit the firm’s FAQ page at www.vaginalmeshlawsuitscenter.com/the-most-frequently-asked-tvm-questions/ for quick answers to questions about mesh harms and lawsuits. For updates on vaginal mesh lawsuit news, visit RLG’s vaginal mesh Facebook page.

About THE ROTTENSTEIN LAW GROUP LLP
The Rottenstein Law Group LLP is a New York-based firm that represents clients nationwide in mass tort actions. The firm was founded by Rochelle Rottenstein, who has more than two decades of experience as a lawyer, to represent clients hurt by defective medical devices and medications. (Attorney advertising. Prior results do not guarantee a similar outcome.) 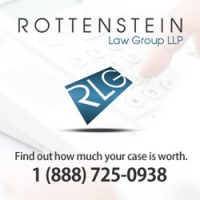