Vancouver, BC -- (ReleaseWire) -- 08/24/2018 --Family law is a focus at Kushner Law Group. The Wills Estates and Succession Act provides spouses and children with the ability to challenge the will of a deceased spouse or parent if they believe that they have not been adequately provided for. In the case of spouses, one tool that the Courts have used in determining what an appropriate provision would be is making an assessment based on whether the parties had separated during the lifetime of the deceased. This is called using a "notional separation."

For more, go to: http://www.kushnerlaw.ca/using-notional-separation-in-wills-variation-actions/.

The concept of notational separation is succinctly explained by the Honorable Mr. Justice N. Smith in the decision of Ciarniello v. James, 2016 BCSC 1699.

[71] In Saugestad, Justice Russell referred to these authorities for the proposition that this notional separation defines the minimum acceptable level of what is adequate, just and equitable. She added at para. 73 that "consistent with the family law decisions that establish the legal obligations of the testator, the length of the relationship and the contribution of the claimant spouse are relevant factors to a determination of what share of the estate a spouse will be entitled to."

[20] Tataryn followed Walker v. McDermott, 1930 CanLII 1 (SCC), [1931] S.C.R. 94, and confirmed the rejection of a purely need-maintenance approach to entitlement under the Act. Moral claims against the estate by spouses and children of the testator are entitled to recognition. McLachlin J. (at para. 28) described moral claims as "found in society's reasonable expectations of what a judicious person would do in the circumstances, by reference to contemporary community standards." Here the court is required to balance the competing moral claims on the estate of Mrs. Bridger and the daughters after the notional legal claim of Mrs. Bridger to a half share of family assets has been recognized. The will recognizes the moral claims of the appellant daughters but ignores any moral claim of Mrs. Bridger. Tataryn recognizes that there is no clear legal standard to judge moral claims and the test is more nebulous where the surviving spouse is not strictly speaking a dependent spouse and the children are all financially independent adults. While, as McLachlin J. observes in Tataryn, there may be a number of options for dividing assets by a testator which are adequate, just and equitable, I do not think they include a disposition that entirely prefers the moral claims of adult independent children to those of a loyal spouse who provided care for the testator over years of debilitating decline. I am satisfied that the trial judge was right to recognize unfulfilled legal and moral obligations of the testator to Mrs. Bridger, as those terms are understood in a wills variation context. The legal obligation can be quantified as above. The question then becomes the measure of the outstanding moral obligation.

[73] The legal entitlement of the spouse immediately before the death of the testator is the relevant time, that is, the time of the notional separation, to determine the extent of the testator's legal duty.

[74] As Dr. Ciarniello died on April 28, 2013, the Family Law Act, S.B.C. 2011, c. 25, should govern the analysis. Given the provision of the Divorce Act and the Family Law Act, I think that the plaintiff at a time just prior to the death of the testator would likely be entitled to an equal division of family property. While I doubt that a family law analysis would have resulted in an order for spousal support, given the condition of the testator at that time, the deceased's legal obligation would be to provide 50% of the family property.

The case was concluded in a subsequent blog in which the Court made the following comments:
[12] In considering whether a will has made adequate provision for a spouse, the court considers what the spouse would have been entitled to in a notional separation immediately prior to the testator's death. That notional separation defines the minimum acceptable level of what is adequate, just and equitable: Ciarniello v. James, 2016 BCSC 1699 (CanLII) at paras. 70 and 71.

[13] The property that forms this estate was acquired by Ms. Boyd about six years before her marriage to the plaintiff, but they lived together there for more than 30 years until her death. In a notional separation, the Family Law Act, S.B.C. 2011, c. 25 would give the plaintiff a claim to half of the amount by which the property's value increased during their relationship. That would likely be more than what he has agreed to accept in the proposed settlement.

Anyone involved in a family law dispute is advised to seek legal counsel. To challenge the will of a deceased person and seek a variation, or if you're involved in estate or family litigation, contact the Kushner Law Group at 604-629-0432 to schedule a consultation. 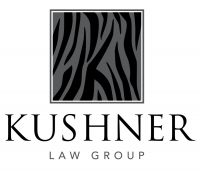