New York, NY -- (ReleaseWire) -- 07/08/2016 --Vanessa Williams, the Grammy, Emmy, and Tony Award nominated superstar, will make her Martha's Vineyard debut at The Performing Arts Center on July 9 at 8:00 PM, and will kick-off Bear Week in Provincetown at Town Hall on July 11 at 8:30 PM. Both shows, featuring SiriusXM radio star Seth Rudetsky as pianist and host, will help raise funds for the Tyler Clementi Foundation. Varla Jean Merman will be the special guest opening act for Vanessa Williams' performance in Provincetown.

Vanessa Williams has enjoyed one of the most varied and successful careers of any entertainer today. As a recording artist, she has sold over 25 million records worldwide, including #1 and Top 10 hits in genres stretching from Pop, Dance, R&B, Latin, Gospel, Jazz and more, including 17 total Grammy nominations. Her platinum single "Colors of the Wind" from the soundtrack to Disney's animated hit film "Pocahontas" won the Oscar for Best Original Song. On Television she starred as Wilhelmina Slater on "Ugly Betty," a role that brought her three Emmy nominations during the series' four-season run. She was just tapped by VH-1 to star in the new scripted series "Satan Sisters" based on the 2011 book by Star Jones which begins production this July.

On film, Vanessa has starred in "Soul Food," for which she won the NAACP Image Award for Outstanding Actress and the Black Film Award for Best Actress, as well as the films "Dance with Me," "Light It Up," "Shaft," "And Then Came Love," "My Brother," "Johnson Family Vacation," "Eraser," "Hannah Montana: The Movie," "Temptation: Confessions of a Marriage Counselor," among others. Among the award broadcasts she has hosted, are "The Essence Awards," "NAACP Image Awards," "TV Land Awards," "The Daytime Emmy Awards." Her Broadway performances include her Tony-nominated role in the revival of "Into the Woods," as well as "Kiss of the Spider Woman," "Sondheim on Sondheim," "The Trip to Bountiful," "After Midnight," and Encores' "St. Louis Woman." Vanessa Williams has received both the Lena Horne "Lady of Soul" Award and the International Press Academy's "Mary Pickford Award" for Outstanding Artistic Contribution to The Entertainment Industry. In 2007 she received a star on the Hollywood Walk of Fame for her accomplishments as a performer. She also received the Human Rights Campaign "Ally for Equality" Award for Humanitarian Contributions, and is an advocate for equal rights, especially concerning the LGBT community and minorities.

Seth Rudetsky, has hosted the Broadway Series in Provincetown for the previous five seasons, since its inception. He is the afternoon host on Sirius/XM Satellite Radio's On Broadway as well as the host of Seth Speaks on SiriusXM Stars. As a pianist, he has played piano for over a dozen Broadway shows including Ragtime, Les Miserables and Phantom of the Opera among many others. As a comic, Rudetsky was awarded "Funniest Gay Male in NY" at Stand-Up NY and is a three-time Emmy nominee as a writer for The Rosie O'Donnell Show. His newest book, The Rise and Fall of a Theater Geek was published by Random House and is available on Amazon.com. He co-wrote and starred the critically acclaimed new musical "Disaster!" this season on Broadway.

About The Broadway Series
The Art House in Provincetown, MA, under the leadership of Producing Artistic Director Mark Cortale, is the original home to the internationally acclaimed Broadway @ The Art House series hosted by Seth Rudetsky. In its fifth season last summer, the series presented Broadway superstars like Rosie O'Donnell, Neil Patrick Harris, Sarah Jessica Parker and Matthew Broderick, Audra McDonald, and Vanessa Williams. The Broadway @ series also premiered in 2013 in New Orleans, in Australia (Sydney & Melbourne) with Megan Mullally and in London's West End with Patti LuPone at the Leicester Square Theater. In 2014-15 in addition to Santa Monica, the series traveled to New Orleans @ The New Orleans Center for Creative Arts (NOCCA), Fort Lauderdale @ The Parker Playhouse, San Francisco @ The Nourse Theatre, Dallas @ The Dallas Theater Center, San Antonio @ The Woodlawn Theatre and Detroit @ The Berman Center for the Performing Arts.

For tickets please visit www.vineyardbroadway.com or for information call 800-838-3006. 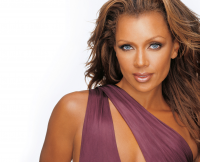