Anthony Jabre, CEO of Vedette Finance, continues to grow his slate of films with a new set in production. He founded Vedette Finance’s Feature Film Division to maintain a steady output of high-quality film releases. Please contact info@vedettefinance.com for more information about Vedette Finance and its slate of upcoming releases.

Under Anthony Jabre's leadership, Vedette Finance is soon to release several new films including "The Life and Death of John Gotti" starring John Travolta; a biographical film based on the life of John Gotti, a New York crime boss who became the most infamous mobster of the 20th Century with his ruthless personality, outrageous style, and unabated charm.

Also, in development at Vedette Finance, is the well awaited crime thriller screenplay "Rites of Men" written by Oscar nominated writer Jonathan Herman, "Straight Outta Compton" co-writer and "Scarface" remake writer. The project is about a man who will stop at nothing to find his 16 year-old son's killers. In the process he looks for revenge, but also finds the strength to forgive and become a better person. Anthony Jabre is set to produce alongside veteran producers Bob Cooper and Richard Saperstein, of Storyscape Entertainment.

About Vedette Finance
Vedette Finance is a premier film financing company. Under the leadership of Anthony Jabre, the company's main focus is to develop, and finance premium releases and continue outputting high-quality films. 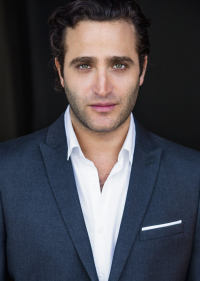