Guangdong, China -- (ReleaseWire) -- 11/24/2021 --Ealingkids, a popular online toy store, is busy with its first Black Friday campaign as the yearly shopping mania is approaching - this year on November 26th - and excited parents and educators have already stuffed their virtual shopping carts with toys for their kids as gifts for the Christmas and New Year holidays.

Toy Business Is Among the Most Active Black Friday Sales
According to RetailMeNot, toys are among the most wanted things for shoppers on Black Friday 2021. 71% of them are willing to hear about discounts and promotions concerning toys and children's goods. That explains why the toy business is one of the most fierce battlefields in the pandemic era.

Why Black Friday Rules Are Making Shopping Harder, but Not Really Cheaper
In recent years, online vendors tend to make complicated rules for their sales, such as giving a certain level of discount to only toys of one kind, or refunding buyers after they pay in full and leave good reviews. Some buyers often cannot buy enough to make the minimum amount required for discounts or do not know what kinds of goods to buy together for promotional price deduction. For people who want to buy toys specifically, as they are mostly parents or even grandparents, the tricks of the vendors often frustrate them: they either cannot understand the rules at all or do not have the time to learn how they can buy at real bargain prices. Here are some types of most commonly seen campaigns, and some examples of simplified rules that ease the burden of shoppers.

Buy-More-Pay-Less Campaign
This campaign usually involves the use of coupon codes. When buyers put a certain amount of commodities together and apply the code, a certain percentage or a set sum of money will be deducted from their final payment. While this campaign is meant to be easy and straightforward - some shops make it really hard. For example, they require that coupon codes are only applicable to a certain list of goods. Some other shops would display a discounted price on the product page, but calculate the final payment with the original (and higher) price when coupon codes are applied. While Amazon imposes strict regulations on prices, such tricks are commonly seen in independent shopping sites.

Ealingkids is among the few shops that play no similar tricks. Although this will only be its first Black Friday campaign, their buy-more-pay-less campaign offers three tiers of discounts: $25 off for orders over $129, $60 off for orders over $229, and $100 off for orders over $329. Users simply need to input the codes before final payment (BF25, BF60, and BF100 respectively), and get money deducted from discounted prices. Shoppers can choose any toys from its store - even those already drastically discounted - and use the coupon code to save even more money.

Seckill Deals
The word "Seckill Deals" is mostly heard in video games. While it may sound unfamiliar to some shoppers, it's actually very popular in the Asian e-commerce market. It's basically what people used to call limited-time sales, except that the time limit is longer and the discounts are a lot better. For example, Ealingkids allows as many as 18 days, from November 12th to November 30th this year, for shoppers to buy toys for as little as $9.99. It has a dedicated page to list all Seckill toys for shoppers so that they can choose the bargain toys one-stop, another approach to make Black Friday shopping simple for busy parents.

Surprise Bags
It was once the most popular gift style for children - the Surprise Bags. Kids are excited when they are given a Kinder Egg even when they know there's gonna be a toy in it. The mystery inside fascinate them a lot

On Trustpilot and other review sites, users are complaining about surprise bags for containing too many unwanted toys and undervalued toys in the bags. Surprise bags have been used as a means to empty vendors' inventories.

This year, some online vendors bring to the market Surprise Bags that truly care about the value of customers. Ealingkids, as an example, offers Surprise bands that bundle 3 - 4 toys that are promised to be much better-valued than their prices. For example, the $39 Surprise Bag includes 3 - 4 items randomly selected from a bag, pull-back cars, a DIY jewelry kit, wooden patterned puzzles, a wooden magnetic fishing game set, and silicon bubble fidget toys. For parents and educators who need to buy toys for a lot of kids, the Surprise Bags save their time and energy from choosing in the sea of toys.

About Ealingkids
Ealingkids is known for always delivering toys as advertised on their website, social channels, and in their affiliate network. Established in 2017, this successful toy designing, manufacturing, and selling company opened its first online toy store under the Ealingkids brand in 2021. However, they have gained a certain reputation already with their toy quality as well as their constantly renewing discounts that bring creative toys to families and playrooms around the globe at affordable prices. 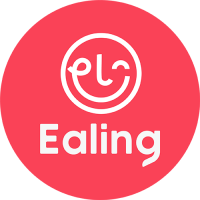 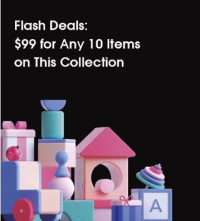