Venture Into India - from Its Southern Gateways

New Delhi, India -- (ReleaseWire) -- 09/13/2015 --The south of India opens its gates to the world through four international airports, Chennai, Bengaluru, Kochi and Hyderabad. India, like any other country has geographic divisions. In a broad aspect, it is divided into the Northern half and the Southern half. With its culture, customs, architecture and habitat the two divisions are poles apart. The language is different too. Though most of all southern states have working knowledge of English, Hindi, the National language of the country is not spoken at all. All four states speak four different languages, yet they are bound by similar traditions and customs. This is where the uniqueness of diversity emerges and appeals to the rest of the world. People in the southern states are more mellowed and appear humble than their northern counterparts. This epiphany hits the traveller as soon as one sets foot into the country. If the visitor has already been to North India, this is more palpable.

There is so much to see and experience in South India. The coastal area of Kerala, with it swaying palms and intimate breeze captivates the visitor with an effortless ease. Its languorous backwaters and innumerable canals have earned it the nickname of 'The Venice of the East'. Kerala's tranquil breeze and mellowed charm soothes the weary but eager traveller right away. Compared to the rest of the country, Kerala scores in the hygiene factor as well. Lack of shantytowns and organized garbage disposal contributes to this pristine surrounding. Though it is famous for its backwaters and Houseboat tours, the remnants of a rich Jewish and Portuguese culture is hard to ignore.

Compass India Pvt. Ltd, with its office in Cochin offers various South India travel packages. With Rajeesh, a veteran in the industry at the helm of affairs, Compass ensures a smooth and clamor-free travel experience for its revered clients. 'We are here to provide an ultimate travel experience for our guests. We believe that only a local can understand the nuances of our diverse culture and show the country from our perspective' – says Rajeesh.

The temple town of Tamil Nadu, though a little more vigorous than the sleepy Kerala, attracts a large number of tourists for its Architecture. The richness in its cultural aspects makes it a must-do destination. Home to one of the oldest civilization, Tamil Nadu is famous both for its natural beauty and architectural bounty. The rule of the various dynasties, The Cholas, The Pandyas and The Cheras contributed to its rich heritage. Compass's South India vacation packages weave an ideal itinerary taking threads from all facets and present an immaculate holiday plan.

Today, Chennai and its neighbouring towns are one of the safest places to travel, indeed for women too. It is a common sight to see young girls zip in and out with their feisty two-wheelers. The crime rate here is in contrast, low. Lower crime rate indicates safer roads and safer travel options. Though petty crimes occur in any part of the world and no one can provide a cent percent guarantee for safety.

Relics of the Nizam's rule dot the city of Hyderabad, another gateway of the South. A strong Mughal influence permeated into the city's cuisine. The Hyderabadi Biryani, a mughlai dish made with rice and meat, and Haleem are famous worldwide. Qutb Shah built the noted mosque Charminar, standing tall at 56 meters at the heart of the city. It was built the mosque to commemorate the eradication of plague. The city is famous for its traditional bazaars – marketplace for the common man.

The Silicon Valley of India, Bengaluru, is popular for its night -life. It is evident by the number of pubs and breweries that have emerged in the last few years. Well-connected arterial roads with the main city centre attributes furthermore to the popularity of these bars, most of them, serve draught beers and other popular beers from worldwide.

With a surge of travel into the South of Vindhyas, many international airlines are adding more services to airports in this region. This will open up more travel options for travellers looking to connect from various European and American cities. From this vantage point, Compass has redesigned its South India Vacation packages to cater to the judicious traveller.

About Compass India Holidays
Compass India Pvt. Ltd. is a prominent luxury inbound travel company, furnishing tour packages to the Indian Sub-continent for the last 15 years. The main emphasis is always the comfort and needs of its patrons. Each itinerary has traces of this in mind though most of the tour packages can be further customized. 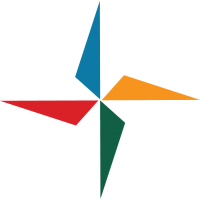