Victims of police and jail abuse no longer forced to bring lawsuits on home-court of counties or other local governmental entities.

Albuquerque, NM -- (ReleaseWire) -- 08/05/2021 --One of the biggest challenges in claims against counties under the Tort Claims Act has always been the venue requirements. The venue requirements have forced plaintiffs in personal injury and wrongful death claims against counties to file their lawsuits in the county itself. This has too often resulted in home-town justice.

As one might imagine, and for good reason, filing suit against a county in the county itself can and does result in what some might call home-town advantage to the county. The problem is particularly problematic in some of the counties that border Texas which seem at times to have adopted Texas style justice which is not at all friendly to personal injury and wrongful death victims or their families. These courts can be particularly unfair to victims of police and jail abuse.

"B. A person who claims to have suffered a deprivation of any rights, privileges or immunities pursuant to the bill of rights of the constitution of New Mexico due to acts or omissions of a public body or person acting on behalf of, under color of or within the course and scope of the authority of a public body may maintain an action to establish liability and recover actual damages and equitable or injunctive relief in any New Mexico district court." NM LEGIS 119 (2021), 2021 New Mexico Laws Ch. 119 (H.B. 4)

The language in H.B. 4, Paragraph B means that these cases can be brought anywhere in the State. Plaintiffs need no longer subject themselves to Texas style justice on the Texas border or anywhere else.

One interesting as of yet unanswered question regarding venue is the question of liability caps on these cases. Liability caps set a limit on the amount that a personal injury or wrongful death victim can obtain through court. Under the Tort Claims Act, the cap is $700,000 for personal injury claims but only $400,000 for wrongful death claims. This is due to the allowance of up to $300,000 past and future medical expenses that may not be present in a wrongful death lawsuit. Either way, the Tort Claims Act cap on liability for governmental entities is obscenely low.

The question that has yet to be answered is whether a plaintiff will be forced to file the Tort Claims separately in the subject county or whether the plaintiff will be able to file both the civil rights claims and tort claims in a county where home-court biases of local jurors and judges can be avoided and justice for the victim is possible.

Like the federal courts, police and jail misconduct lawsuits are viewed with disfavor in some counties. There is a very real risk of getting home-towned in some counties if civil rights lawsuits under the New Mexico Civil Rights Act are filed there. It would be perhaps unwise to do so when an alternative more favorable venue is available. This is particularly so given the $2 million caps under the Civil Rights Act. The $400,000 cap on wrongful death claims under the Tort Claims Act would make it exceedingly unwise to proceed in a county unfriendly to victims of police or jail abuse unless this was the only possible venue. Fortunately, this is no longer the case. Filing in a court more prone to do justice in these cases is now allowed and will soon become the norm.

It is a new day in New Mexico for civil rights claims for victims of governmental abuse, including those perpetrated by county jails and local police. 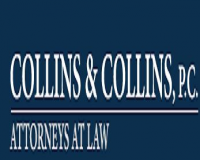