Veteran Film Director Bill Duke to Helm "The Power of One: The Diane Latiker Story" Based on the Extraordinary Life Story of Diane Latiker

The "Power of One: The Diane Latiker Story" is based on the true-life heroics of Diane Latiker as she fought her way amidst the violence of a Chicago community to found Kids Off the Block, a safe place for children to do school work and be mentored away from the street gangs. Ms. Latiker opened her heart and home to at-risk youth in the turbulent Roseland neighborhood, in spite of opposition from local government officials, members of her own family and the vicious gangs. The movie follows Diane's harrowing and dramatic rise over thirty years ago from working in a hair salon to leading a nation-wide movement.

Diane Latiker revealed her excitement about the upcoming film when she stated, "It's so important to receive support when you decide to open your heart, home and life to the children affected by violence! If we don't do it for our children, who's going to do it? Now more than ever, they need us to open our hearts and offer them a safe space in our communities! It worries me that young people think there is no hope beyond the gun; it's our job to show them that it is and we will through this film. I am so grateful that Mr. Duke has agreed to direct this film as I believe this film with Mr. Duke directing will inspire the world and give hope to millions of children for generations to come."

Director Bill Duke said, "Diane is my hero. She is the example we should all follow. She is saving out future, leading the way to the light of hope for our children."

"Global Genesis Group is very excited to be a part of this vital and timely film. The youth in this country and around the world are our future. And someone like Diane Latiker is selflessly facing danger on the streets because she cares about each of these kids and the positive contributions that they can make to our society. In Mr. Duke's hands, this wonderful true story will bring tears, anger, joy, enlightenment and hopefully motivate others to follow in Diane's footsteps," said Rick Romano President of Global Genesis Group. 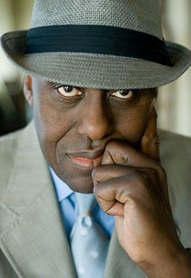 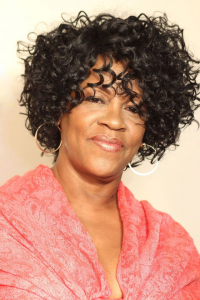