With testing near complete PacketViper v2.0 made a big splash with its new face-lift, and jaw dropping features with network security professionals.

West Mifflin, PA -- (ReleaseWire) -- 10/07/2013 --Frank Trama Frank Trama, (Read His Blog) President & Co-founder said “ Our development team, and beta volunteers have worked very long, and hard hours while showing incredible patience shaking out bugs. We could not have done it without them. Working closely together we not only produced a rock solid upgrade but discovered new additional methods to improve upon PacketViper’s Geo IP filtering capabilities.”

PacketViper v2.0 has been in beta for several months now, and has not only impressed co-founders Frank Trama, and Dan Gynn, but made quite a few network security professional heads turn, when it debuted at ASIS 2013 Chicago.

With just over twenty thousand conference attendees, and among a sea of physical security vendors, giant booths, and eye grabbing attractions sat booth 5133, where Viper Network Systems was showing off PacketViper v2.0

Ralph Palaski, Channel Sales Manager said “To be honest, we were not expecting much since the conference seemed oriented towards physical security. Our expectations were wrong though. I found it hard at times to find a few minutes to sit. There was that much interest in PacketViper, just crazy.”

ASIS attendees which consisted of Network Security leaders, IT directors, CIO, and CEO’s watched with intrigue as PacketViper was being demonstrated catching even the eyes of other from large bedazzled booths around them.

PacketViper 2.0 turned the page in Geo IP filtering by improving upon what PacketViper 1.4 offered. Now capable of building redirection, triggers, alerts, thresholds, and custom rules that can be based on proprietary Global Network Lists, and countries. Customers can now alert, auto block, and rate limit on IP, network, countries, and Global Network Lists inbound or outbound.

This provides a huge benefit for customers who want to zero in on specific countries, and companies. In other words, customers could limit traffic from the entire Microsoft network enterprise to a web port at a specific IP, set a trigger to rate limit if a threshold is exceeded, or simply redirect all Microsoft’s networks to some other IP address on their network.

Another exciting feature is how customers can disable logging based on the country, or Global Network List. This is very beneficial for network security forensics, for those of you who ever experienced logging overload you know what we are talking about. PacketViper can temporarily disable logging to/from specific countries, and companies/networks listed within their Global Network Lists to help view key in on traffic much easier within their actionable real time logs.

Other than the obvious make over and new optimized GUI to PacketViper 1.4, the country filter area is another area that network security professional seem to key on. The Country Filter page now includes a zoom, heat maps to show its rules/traffic from different perspectives, mouse over statistics, disable logging, private notes, and outbound port fields to simplify bi-directional filtering.

With PacketViper on the market for a few years now, 2.0 has combined many of the needs and wants from customer feedback into this version. Viper Network Systems, along with their growing customer base believe this is one of the most important layers deployed in their network security chain. It provides a quick ability to remove unwanted network traffic to exposed ports, alleviates pressure in the security environment, saves bandwidth, and combats cyber attacks surgically.

Frank Trama ” We provided a common sense approach to a obvious global problem. It’s a numbers game, and attackers have more. Limit your network port exposure, this is what PacketViper does.”

Trama recently released a Geo IP White Paper which explains in great detail the importance of this layer. It can be downloaded freely from Viper Network Systems site. The white paper comes in a English and Spanish version.

About PacketViper
PacketViper has ripped out the pages of complex geo location filtering, and inserted their own proving Geo IP filtering can be simple, and will improve the network security layer. PacketViper's new thinking of bi-directional per port filtering performed at the gateway eliminates unwanted network traffic before entering the security environment, proving to lessen the impact of DDOS, spam, port probing, breaches, scanning, and reducing bandwidth usage. ?Scampering many preconception that geo location filtering is not effective in a security layer and silencing any preconceived notions that when geo location (country blocking) filtering is enabled, it causes more problems than its worth.

Check out how Geo IP Filtering improves the security layer 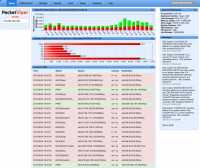 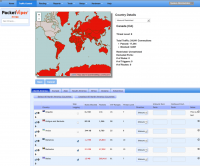 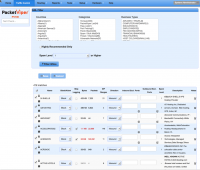