Hosted by Kendall Almerico, ranked as the most influential person in the crowdfunding industry in the world by Onalytica in 2016, the Crowd Talk Hotlist Show™ features detailed interviews with the most exciting companies using crowdfunding.

Phoenix, AZ -- (ReleaseWire) -- 03/16/2017 --Thanks to the JOBS Act, small and mid-size companies across the U.S. can now raise millions of dollars in new capital from the general public to grow their businesses. Gone are the days of relying solely on banks and angel investors.

But with that great evolution in business financing and economic opportunity comes questions from the crowd. In the sea of businesses using crowdfunding, what stands out? What are the truly hot investments?

Hosted by Kendall Almerico, ranked as the most influential person in the crowdfunding industry in the world by Onalytica in 2016, the Crowd Talk Hotlist Show™ features detailed interviews with the most exciting companies using crowdfunding.

"The most important thing about crowdfunding is getting the word out," Almerico said, highlighting the partnership with VoiceAmerica as a key differentiating factor for the show. "While e-mails and Tweets and Facebook posts are very important to spreading the word, talk radio shows like Crowd Talk Hotlist Show™ give companies an opportunity to tell their story in depth and detail like no social media post can."

VoiceAmerica is the leading producer, distributor and online broadcaster of original talk radio programming worldwide, with an audience of millions each month.

The Crowd Talk Hotlist Show™ is available "on demand" for listeners and featured on the VoiceAmerica network. Later this year, VoiceAmerica will also launch an entire network dedicated to crowdfunding.

"Crowdfunding, and especially equity crowdfunding, is truly the intersection of Main Street and Wall Street," said Almerico, who created the show alongside entrepreneur Lorne Ray and Jeff Spenard, founder and CEO of World Talk Radio, home of VoiceAmerica. "It gives everyday people a chance to invest in 'the next big thing' and allows companies to raise capital online from their fans, customers and others in a manner never allowed before."

"Crowdfunding needed a voice and the Crowd Talk Hotlist Show creates a perfect bridge between great ideas and those Americans who can now invest," Ray said. "People can tune in to hear the next great ideas that will build this great country."

The Crowd Talk Hotlist Show™ debuted with the following guests:

- BrewDog, the irreverent Scottish craft brewery recognized as the most successful company to use equity crowdfunding in history having raised tens of millions of dollars and built a following of more than 50,000 crowdfunding investors; and

- Gotham Ballers from the Champion Basketball League where fans can become owners of a professional sport team through equity crowdfunding.

For more information about the show, or to arrange an interview with its founders or host, please contact Stephanie Heinatz of Consociate Media at 757-713-2199 or email at stephanie@consociatemedia.com. 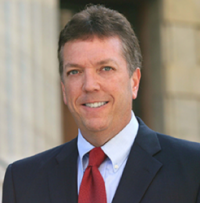