War Is Not About Glory. War Is About Killing

Colorado Springs, CO -- (ReleaseWire) -- 05/31/2016 --Crowdster is proud to be supporting the Uniformed Services Justice & Advocacy Group in its efforts to ensure that all members of the United States Armed Forces return home with the dignity, honor, and support they deserve.

Memorial Day conjures up images of sunny weather, backyard barbecues, and uniformed veterans marching down Main Street while spectators applaud and wave American flags. Unfortunately, many members of the US Armed Forces don't return home to such enthusiasm and support, even after they have sacrificed their health and well-being for the good of the nation. The Uniformed Services Justice & Advocacy Group (USJAG) is looking out for these individuals by providing them with comprehensive legal services, protecting their service-connected benefits, and ensuring the continuity and delivery of proper health care.

Oftentimes combat-related trauma can lead to behaviors that the military inaccurately and unfairly labels as disciplinary infractions. As a result, soldiers who have completed multiple combat tours and fulfilled their duties honorably end up receiving Other Than Honorable (OTH) discharges. They are denied service-connected benefits like mental health treatment exactly when they need them most.

It's no surprise that such "discarded" soldiers face higher incidences of homelessness, interactions with the justice system, and addictive disorders. USJAG works tirelessly to rectify such injustices and to hold the nation's military and political leaders accountable for the promises they made to soldiers and their families. "We represent the quintessential little guy fighting long odds," says USJAG CEO Georg-Andreas Pogány.

Pogány is a former enlisted soldier with expertise in criminal justice who was deployed to Iraq in 2003. He suffered a serious brain injury due to exposure to toxic levels of an anti-malaria drug. After being medically retired in the rank of Sergeant First Class and honorably discharged from the 10th Special Forces Group (Airborne) and the United States Army in April of 2005, Pogány has dedicated himself to a wide variety of military personnel advocacy initiatives and organizations. He founded USJAG together with COO Robert Alvarez in 2011, formalizing what had previously been an informal collaboration and aiming to fill a wide gap in the advocacy landscape. A former marine with a master's degree in Rehabilitation Counseling, Alvarez has logged thousands of pro-bono hours working with active duty service members and successfully preventing the wrongful discharges of hundreds of wounded combat veterans.

While many organizations that advocate for military personnel raise substantial sums of money, those who benefit most are seldom the regular fighting men and women, the veterans themselves. In contrast, USJAG makes the absolute most of the modest funds it raises. "It's not a multi-million dollar research project which, over the course of years, produces dry reports followed by equally dry recommendations which will never be followed," said Pogány. "This is a brand of advocacy that yields results and helps veterans."

USJAG chose Crowdster's online fundraising platform for its newly launched D-Day Fundraiser, which aims to raise $5,000 and help the organization keep up the great work. On June 6, 1944, more than 160,000 Allied troops bravely faced heavily armed and entrenched German soldiers on the beaches of Normandy so that the Allies could gain a foothold in Continental Europe and ultimately liberate it from Nazi oppression. "Just as we should never forget the heroic warriors of the past," says Crowdster CEO Joe Ferraro, "USJAG believes we should never forget the heroic warriors of today. We're extremely proud to be supporting their mission." 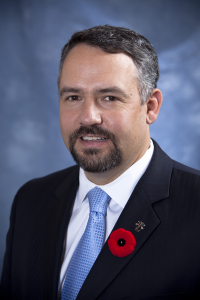 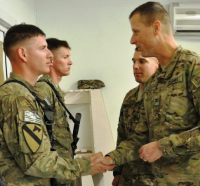