The company has just launched a pair of 2D/3D Wireless Video Glasses capable of connecting to Android devices via Wi-Fi or the increasingly popular Miracast protocol.

Based on the largely Wi-Fi direct technology, Miracast allows Android compatible devices to set up their own ad-hock network making it possible for data to stream freely between all the different devices.

With the H.264 codec being used to mirror information, the glasses can stream video in 1080p and 5.1 surround sound with any content available to be played provided it is in the right codec.

The 1080p resolution is essential according to Li who says”The glasses are capable of simulating a 98 inch screen using its 854 x 480 display.”

“It's like the user has a cinema in their own home,” says Li. “A cinema where users have the best seats in the house every time.”

Li said users will be blown away by the 3D performance of the glasses, with rendering times being as fast as 2D videos without any reduction in resolution. “Watching 3D footage on these video glasses is a thrilling experience,” says Li. “It is definitely something that needs to be experienced.”

Chinavasion PR Manager Rose Li says, at 76 grams and without any cables, users will find wearing the glasses practical and suitable.. “We've found wearing these glasses is so comfortable that we forget that weare actually wearing them,” says Li.

With an 1800mAH battery, Li says this that the glasses can work continuously for a duration of2.5 to 3.5 hours.

"Chinavasion has always been able to offer audio visual gadgets capable of performing as well as anything that cost three times the price," says Li.

"With 360,000 registered customers from every corner of the globe, Chinavasion has earned a reputation as a trusted source of technology," says Li.

Hosting a vast range of video glasses and wearable devices, Chinavasion is the only destination for the latest high tech gadgets online. 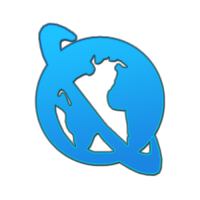