Charles Town, WV -- (ReleaseWire) -- 11/08/2016 --A successful craft distillery in West Virginia is inviting people to connect their spirit with the land by purchasing equity in their company, which manufacturers handmade, all natural, farm-fresh liqueurs. Award-winning Bloomery Plantation Distillery makes high-end, premium liqueurs from fresh ingredients grown on their own land or sourced from other small farms. Unlike low-quality liqueurs which are mass produced, Bloomery Plantation Distillery's SweetShines are delicious sipped alone over ice – or blended in a cocktail.

Bloomery Plantation Distillery reported sales of more than $790K in 2015 and are enjoying 38% year over year growth based on sales almost exclusively from their tasting room. Having recently opened a new production facility and receiving 25 awards in five years, with distribution in eight states, they now plan on expanding nationally. At the time of writing, Bloomery Plantation Distillery has already raised more than $50K of their $70K to $1M goal on crowdfunding platform WeFunder.

The story behind Bloomery Plantation Distillery in Charles Town, West Virginia, is a fascinating one. It began when CCO/COO Linda Losey and CEO Thomas Kiefer traveled to Italy to view the canonization of Tom's great, great Aunt Mary MacKillop, the first Saint of Australia. While in Italy, Tom and his wife Linda tasted limoncello for the first time and fell in love with the national drink. Upon returning home to America, Linda decided to view a 12-acre farm and log cabin for sale on Craigslist in 2010. The log cabin was an 1840s dilapidated, historic building overlooking the beautiful Shenandoah Valley. Linda fell in love with the farm instantly and after completing the purchase, began work restoring it to be as close to its original structure as possible.

An entrepreneur and visionary, Linda's dream to produce all natural, garden to glass cocktail liqueurs, including their flagship limoncello, was realized when Bloomery Plantation Distillery opened for business in September 2011. Ten liqueurs are made from natural, farm-fresh ingredients, including pumpkins, walnuts, lemons, ginger, peaches, raspberries, and cranberries. Of 10 liqueurs, eight are always in production and two are seasonal.

The success of the Distillery led to a new production and warehousing facility the following year, which produced 30,000 bottles of Bloomery SweetShine®. The new facility has the ability to produce ten times that amount.

The success of Bloomery SweetShine® is due to its down to earth grounding and traditional hand crafting techniques which capture and retain the spirit of community, life, love and history.

"With us, customers know what they're getting in the bottle. They know they're getting all natural, handcrafted, farm-fresh liqueurs," said Linda. "That's the way America's taste is heading, with millennials being the driving force towards sustainability and all natural farm fresh cocktails."

More details about investing in Bloomery Plantation Distillery can be found on WeFunder: https://wefunder.com/bloomery 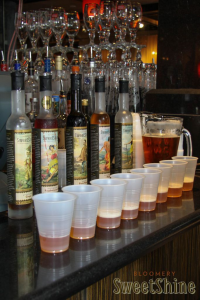 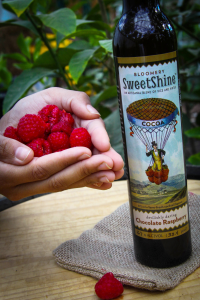 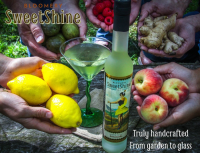 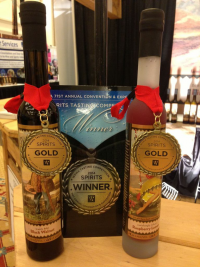 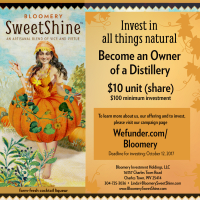