The Billions That The Men's Industry Will Yield in 2016

New York, NY -- (ReleaseWire) -- 12/26/2015 --Hipsters, corporate employees, lumberjacks and other modern men are spending more than ever before on improving the quality of their life. The money spent covers a whole range of categories: products for their beards, weight loss, health, finances, and fashion. Studies are coming in fast and furious revealing the reason why men are doing this.

Here are the facts. A recent study posted on Statista revealed that the, "men's grooming market in the United States amounted to approximately 2.45 billion U.S. dollars," in 2014. This includes everything from razors to shaving cream to beard balm and beard conditioners. According to the current statistics in the USA over 150 million will be spent today on weight loss programs. This includes but not limited to gym memberships, protein powders, and weight loss supplements.

Secondly, companies like Men's Health in 2015 have an estimated 3.17 million readers; which means that men still very interested in learning more about health, finances, and more.

Furthermore, trends indicate that males wanting to be more fashionable or 'dapper' is also on the rise. Gentlemen Quarterly, or as they are more commonly referred to as GQ still have a staggering amount of monthly subscribers. In the United Kingdom alone there are 167,000 mobile subscribers and 390,000 more traditional paperback subscribers. In addition to those numbers, they have some of the most popular content on Twitter, Pinterest, Instagram, and Facebook. Beards and quality suits can be seen around every corner.

Men who are presently engaged in these trends are becoming more and more aware of the need for supplements to help achieve these goals. A prime example of this is the beard industry. Beards around the world have been extremely popular and are seen on everyone from bartenders to celebrities. Millions are spent by beardsmen on keeping their beard healthy, hydrated, and held in place. Small Canadian firm, The B.I.G. Company Inc., started with just two people and have now expanded to more than 4 countries. Selling on Amazon.com, Amazon.ca, Amazon.co.uk, as well as, Amazon.fr to try and meet the demand for quality all natural beard products. Their all natural approach and formula is unique to the beard industry. Consisting of premium ingredients such as beeswax, jojoba oil, argan oil, shea butter, and vitamin e, to effectively moisturize a beard, treat dandruff, relieve itching, and to help it grow.

The evidence is clear that men going into 2016 are taking their health and appearance more seriously than previous generations. 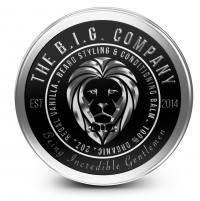 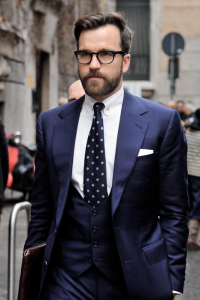 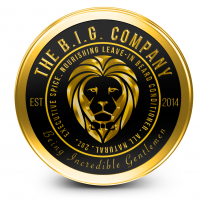