Los Angeles, CA -- (ReleaseWire) -- 08/14/2018 --Racism is a hot-button issue in society these days, and White Like Me is a new film that examines the impact that race has on the Hollywood careers of people of color. The film tells the story of a struggling black actress who is frustrated with her inability to get her acting career off the ground.

She becomes fascinated with the idea of white privilege in the TV and film industries. In an effort to win more roles, she decides to transform herself into a white man. She hopes that her transformation will help her career. Viewers will have to watch the film to see how it all turns out.

Screenwriter Brandee Steger, herself an African-American actress as well, created the film to shine a light on the power of race in Hollywood. Although the film will have a black woman in the lead role, Steger doesn't want it to be considered a "black movie." She hopes that the story will appeal to people of all colors, helping to bring people of different races closer together in the spirit of inclusivity.

Producing a movie, even a small, independent film, is incredibly expensive, often costing upwards of $1 million. Steger and her team hope to produce White Like Me on an extremely tight budget. To help save money, they intend to shoot the entire film in less than 30 days.

They have launched a crowdfunding campaign on Indiegogo to raise money to fund the production. The campaign has a funding goal of $250,000 and will run until September 19, 2018. At the time of this release, the campaign had already brought in more than $12,000 since its launch on July 19. The funds raised will go towards hiring the cast and film crew, procuring film production equipment, funding post-production services, marketing the film and other related expenses.

Those who contribute to the campaign will have access to a variety of rewards in thanks for their donations, including t-shirts, social media shout-outs, personal phone calls from Steger and more. Those who wish to be more involved can get a featured extra role in the film, along with their own copy of the script for contributions of $5,000 or more. Those who contribute $10,000 or more will be listed as producers of the film. 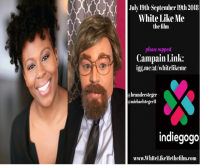