North Hollywood, CA -- (ReleaseWire) -- 03/08/2019 --In August of 2017, Green Solar Technologies' COO, Edward Harner, traveled to Washington D.C. to testify in front of the United States International Trade Commission in favor of proposed tariffs on imported solar panels. The purpose of the tariffs was to provide some level of protection for U.S. solar panel manufacturers from the "dumping" of low-quality Chinese government-subsidized solar panels into the U.S. marketplace.

Regarding the testimony, Green Solar Technologies Founder, Nicki Zvik, says, "We knew we had to come forward and do what other solar companies weren't. We needed to stand up for the American solar industry and for the American people. Our intent was to introduce more high quality panels to the U.S. marketplace, boost the U.S. economy, and promote job growth within the country."

Another issue the tariffs would address is that of wealthy investors taking advantage of the Federal Solar Tax Credit and building massive desert solar installations with cheap Chinese-manufactured solar panels.

Zvik continues, "I've never been a fan of utility-scale solar. The problem is that utility companies are required to meet a certain quota of green energy, which they would originally purchase from homeowners who had installed a solar panel system. But when given the option to purchase solar energy at a much larger scale, it would allow them to reach this quota far faster, providing them no need to offer net metering incentives or rebates to homeowners."

For too long, both investors and the utility companies have made fortunes with these environmentally disruptive installations by selling the generated electricity to utility companies who would then sell it to homeowners for a profit.

Nicki Zvik asserts, "The homeowners are losing in these situations, and the investors and utility companies are winning big time. Not to mention the needless disruption these installations cause to nature. There's more than enough space on roofs to produce an abundance of power. We need to utilize the land we're already using for buildings and homes, not take up even more space with unnecessarily massive solar panel arrays. I and the rest of the Green Solar Technologies family saw this as an issue that needed to be resolved."

Making solar farms less attractive to investors was one of the hoped-for effects of the solar tariffs. Large solar projects for utilities are the most vulnerable to the tariffs as panels can account for up to half their costs. 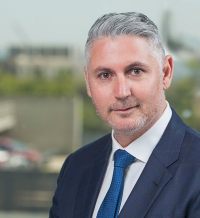