Toronto, ON -- (ReleaseWire) -- 06/27/2019 --In recent years, social, cultural and technological factors have all played their part in affecting the way people perceive their own body image, with the pressures from social media and greater awareness of healthy diets and exercise causing people to feel anxious and depressed about their physical shape.

A 2011 study found strong signs of anxiety, depression and low self-esteem among rhinoplasty patients before a procedure, compared with more positive moods post-surgery. Another study from 2017 concluded that those living with obesity overwhelmingly felt that their mental health needs had been neglected.

Skin conditions are another area of physical health that have been found to cause mental health issues. In the UK, a 2013 report by the All Party Parliamentary Group on Skin, entitled The Psychological and Social Impact of Skin Disease on People's Lives, reported a British Skin Foundation study that found nearly half of respondents – who suffered from skin disease – had suffered verbal abuse one or more times in their lives. Another 17% said they had contemplated suicide.

Cosmetic treatment remains a popular method of addressing these issues and, with recent figures showing increasing popularity for non-invasive procedures, it means that people worried about their appearance no longer have to put themselves through the pain of the surgeon's knife.

"With the growing sophistication of technology in cosmetic treatments, it is no surprise that more people are opting for this relatively pain-free and quick solution," said a spokesperson for Toronto-based clinic Canada MedLaser. "No longer do patients have to endure long, painful operations and an often equally painful recovery period.

"At Canada MedLaser we offer a range of treatments to resolve all kinds of physical dissatisfaction. These include comparatively minor issues such as excessive hair growth and nail fungus, where we use the latest laser technology to respectively destroy hair follicles and the bacteria that cause fungus growth on nails. Procedures take a matter of minutes and the discomfort, at worse, is a small pinching sensation.

"Of course there are other physical ailments that can be more complex to deal with, and are arguably more damaging to people's mental health and wellbeing. Obesity and skin conditions such as rosacea are highly visible and therefore more likely to be a source of anxiety for people.

"CoolSculpting is an innovative new technology that freezes fat cells, essentially crystallizing them until they die. Because the body over time naturally reduces these dead cells, the fat is removed permanently. For skin conditions such as rosacea and hyperpigmentation, laser therapy can remove the causes such as broken vessels and spider veins."

Canada MedLaser has qualified professionals in place to deliver its laser therapy services, to meet Health Canada's requirements that laser therapy is only provided by licensed, experienced medical professionals with the necessary specialized training. The positive results of laser therapy have been widely reported, with one 2000 study finding notable success with intense pulsed light treatment, and another study from 2007 that saw the successful use of blue and red light combination LED phototherapy to treat acne.

Canada MedLaser also offers microneedling as a method of tackling acne, dryness and pigmentation – where the skin is pricked by tiny needles to stimulate collagen to repair and improve the appearance of the skin. A 2014 report found microneedling to be an underused and highly effective way of tackling a range of skin conditions, such as acne scars, stretch marks and even balding. 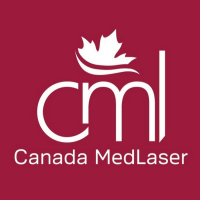