"This grant project targets free-roaming community cats at serious risk of being killed if they enter shelters," said Liz Finch, senior manager of Best Friends National Programs. "It provides a proven solution, called trap/neuter/return or TNR, to save their lives, which is in alignment with Best Friends' determination to help Save Them All®."

"TNR," Finch explained, "is an alternative to the 'trap and kill' policies that traditionally have been employed to address an abundance of stray cats and nuisance complaint situations. Trap and kill, however, has been repeatedly proven ineffective, cost-prohibitive and publicly unpalatable."

In contrast to trap and kill, trap/neuter/return methods, like the ones used in Wild Blue's Fix Feline Families program, capture homeless, free-roaming cats to sterilize, vaccinate, and then return them to their 'outdoor homes' to live out their natural lives without reproducing. It is the widely accepted, humane method of controlling the number of free-roaming cats.

Another integral part of Wild Blue's procedures is to temporarily take in the pregnant, nursing cats and kittens that are trapped with the goal of socializing the kittens for adoption, fixing the entire litter and returning only the feral mama cats back to their colonies.

"This grant means that we can add our Fix Feline Families program this year to our efforts to make Colorado Springs a no-kill community," said Lauri Cross, Wild Blue's Executive Director. "Our goal is to perform 250 of spay/neuter surgeries during 2016. We would like to thank Best Friends Animal Society for their support in making this project a great success."

"Every day some 9,000 animals are killed in our nation's shelters simply because they don't have a home. When you choose to adopt your next pet you are becoming part of the solution right here in our community," said Cross. "That's why we are proud to partner with Best Friends. We really believe together we can save them all."

About Wild Blue Animal Rescue & Sanctuary
Wild Blue Animal Rescue & Sanctuary (Wild Blue) is a nonprofit, limited admission, animal rescue located in the Black Forest area of Colorado Springs, Colorado and founded in 2010. Our mission is to save the precious lives of cats and kittens who are abandoned, abused, displaced, neglected or surrendered, and to find them permanent homes or provide them with a lifetime of sanctuary.

For information about this news release contact Perini & Associates at 719-651-5943 or email customerservice@periniassociates.com.

About Best Friends Animal Society
Best Friends Animal Society is the only national animal welfare organization dedicated exclusively to ending the killing of dogs and cats in America's shelters. A leader in the no-kill movement, Best Friends runs the nation's largest no-kill sanctuary for companion animals, adoption centers and spay and neuter facilities in Los Angeles and Salt Lake City as well as lifesaving programs in partnership with more than 1,300 rescue groups and shelters across the country. Since its founding in 1984, Best Friends has helped reduce the number of animals killed in American shelters from 17 million per year to an estimated 4 million. By continuing to build effective initiatives that reduce the number of animals entering shelters and increase the number who find homes, Best Friends and its nationwide network of members and partners are working to Save Them All®. 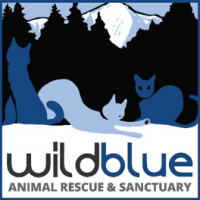