Phnom Penh, Cambodia -- (ReleaseWire) -- 09/11/2017 --Wildlife Alliance is releasing a promotional video showcasing the hard work of its rainforest rangers. These silent heroes work in rugged terrain and extreme weather conditions to preserve one of the Earth's last great rainforests: the Cardamom Rainforest Landscape. Bordering the Gulf of Thailand, this spectacular landscape hosts one of the continent's last continuous forest cover habitats for elephants.

The long and hard hours of the Wildlife Alliance workforce appear to be paying off. From 37 elephants and 12 tigers killed in just a few months fifteen years ago, and a thousand acres of forest going up in flames every month for land grabbing, rangers have achieved zero elephant poaching since 2006 and the Cambodian government recently committed to an ambitious program to reintroduce tigers.

In the city, Wildlife Alliance is patrolling the corridors of power, knocking on doors of all levels of government to save the rainforest from large-scale industrial development that threatens to convert the forest to palm oil, sugar cane, rubber, and titanium mines. Since 2006, they have obtained the revocation of 40 industrial permits, thus saving a total rainforest cover surface equal to Yellowstone National Park, something that has never been achieved by any other conservation organization.

"Giving better livelihoods to local communities is only part of the solution", says Suwanna Gauntlett, CEO, "it is vital to take a strong stance and conduct law enforcement to prohibit forest burning, cutting and clearing that are so embedded into the culture of most Southeast Asian countries."

But, when it comes to local communities, this is something that Wildlife Alliance does not take lightly and has shown the world that real social investments to help the poorest farmers change from forest slash and burn and poaching of wild animals to sustainable agriculture, community ecotourism, supported by small enterprise development and business associations where women play a majority decision-making role.

The results prove that this non-profit is not just talk. The Cardamom Protection Program has successfully removed 155,500 snares from the forest floor, rescued 69,956 wild animals from illegal trafficking and consumption, and seized 14,392 chainsaws used for illegal deforestation, and stopped bulldozing of vast tracts of rainforest from commercial plantations and mining.

"A very big problem for us is the widespread use of snares for hunting throughout Southeast Asia. Snares are set by the thousands throughout Cambodia's forests and kill and maim all animals going to drink in the river, from bears to elephants -- not just wild pig and deer, as many people believe. Snares are wiping out all wildlife, leading to silent and lifeless forests. Without the Rangers, all wildlife would be dead" added Ms. Gauntlett.

With a mission to combat deforestation, biodiversity loss, climate change, and poverty by partnering with local communities and governments, Wildlife Alliance relies heavily on the courage and dedication of its ranger teams.

"It's hard work," says Eduard Lefter, Head of Rangers, "Patrols can last anywhere from six to nine days, often with few hours of sleep. It's a very demanding and tiring job."

"We have a proven model that works for countering the illegal wildlife trade," says Suwanna Gauntlett, "We are constantly intercepting smuggled ivory and rhino horn coming from Africa to the Asian black market."

"When we work in a country we select the best people who are determined to make a difference, and we train them in our proven direct-action conservation methods."

Wildlife Alliance has effectively on the ground in some of the most rugged and difficult environments in the world: Primorski Krai in Siberia in the 1990s where the organization saved the Siberian tiger from the brink of extinction by creating the Amba Patrols and Operation Tiger; the high seas of Ecuador where the rangers were coached in high seas law enforcement in Operation Galapagos; and more recently the Cardamom Rainforest Landscape, protecting over 2,220,000 acres.

But the organization's mission is a comprehensive approach – far greater than simply law enforcement and intervention. Tracking the massive endangered species trade and rapid destruction of the planet's last remaining forests is a complicated task, which involves professional law enforcement, campaigning to build strong government will education, wildlife rescue and care, and poverty alleviation. In addition, we take a different stance than most organizations that put their man power at headquarters.

"We find it more effective to focus our presence on the ground we're not just an organization that raises awareness and writes scientific reports. We take action. Our results speak for themselves." Eduard Lefter, Head of Rangers.

Anderson Cooper CNN in AC360"If it wasn't for conservationists from the Wildlife Alliance, the forest would be lost and the wildlife would be dead, victims of the illegal animal trade."

To view the video visit https://www.youtube.com/watch?v=P-1MPOHYerQ.

The ranger program places highly trained personnel on the ground to protect endangered wildlife and the forests they live in. The group uses a combination of local and foreign personnel to ensure its teams are able to be sensitive to local communities while at the same time distanced enough to enforce the rule of law without bias. This is different than most organizations that put their manpower at headquarters and allow communities to monitor themselves. By placing its own personnel on the ground, Wildlife Alliance can combat issues such as corruption, a widely spread problem in this region where the heads of wildlife trafficking rings, illegal timber trade, and real estate scams that sell state forestland under the table, are often high ranking business men. 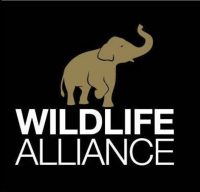