Wings of Admiration: Save Bald Eagles to Support American Wildlife

Nature Lovers and Bird watchers all over the world are well aware that the national bird of America might have been out of the list of endangered species. But there are very few symptoms of betterment when it comes to the preservation of their natural habitat.

New York, NY -- (ReleaseWire) -- 10/20/2016 --For ages, the Bald Eagles of America have been considered as a symbol of hope, bravery, and freedom. Yet they have been hunted down for quite some time. During the 1900's several laws and legal amendments were formulated in order to save the natural breeding grounds of the bald eagles. This somehow paid off by increasing the actual population of the bald eagles. Previously the very existence of the bald eagles was threatened to a greater extent because of people killing them for sport or for saving their fisheries. Later a massive blow was struck to their livelihood with the over usage of DDT and a higher number of birds also lost lives due to lead poisoning. Even the wind turbines, which are constructed around the country to supply non-conventional energy also added to the dreadful massacre. Every year a few bald eagles lose their lives just because of these turbines. However, on conserving their settlements newborns can easily fulfill the gap.

Apparently, a nationally recognized and one of the largest settlements of the American Bald Eagles situated in Deer Park about 42 miles away from New York is facing a severe issue of being overrun by a construction. The proposed construction the Dragon Spring Temple by a real estate on the Galley Hill Road is supposed to tear down the natural habitat of this amazing species. If the construction takes place, a large number of bald eagles will have to move out in search for a new place to resettle, thus it should be avoided at any cost. Sign the petition for the sake of America's national bird and help this awful news reach out to the leaders back in White House appealing them to take effective measures.

About SaveBaldEagles
SaveBaldEagles, (http://savebaldeagles.com/), based in Canal ST, NY, is a website to help preserve the Bald Eagle's home, the New York City. The Website allows anyone to create and sign petitions asking the Obama Administration to take action on a range of issues. If a petition gets enough support, the Obama Administration will issue an official response. 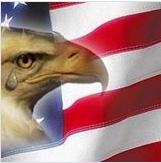