Investors are invited to join the COMPETE sports revolution; a convergence of real sports play with video game fun.

Windermere, FL -- (ReleaseWire) -- 10/10/2018 --COMPETE is a ground-breaking sports mobile app with video game features enhanced by augmented reality (AR) that is introducing a paradigm shift in sports play. That's because COMPETE is positioned to revolutionize participation in all sports in the world's largest amateur sports league. The app aims to motivate people to get off the couch and try a new activity by tapping into the inspirational human element of competition. Perhaps more compelling, according to the Physical Activities Council, having someone to play with is the single biggest motivator for people to be active. The COMPETE app will gamify real sports play, allowing people to measure their sports performances against their peers, providing benchmarks which will motivate them to play more and try harder.

The COMPETE app will tap into a huge, undeveloped audience of the 142 million people who participate in non-mainstream sports, a relatively underserved sports market of niche and outdoor sports, eventually expanding into mainstream sports at the non-professional and grassroots levels. The company plans to create a league of weekend warriors looking to sharpen their athletic skills while getting the recognition and rewards they desire. Everyone can feel like a pro when they play. The app is designed to help people overcome the barriers to entry in each sport, such as cost, location, exposure, knowledge, and lack of fitness or motivation. COMPETE is a mobile app that solves all of these problems simultaneously.

COMPETE's Female Founder, Jennifer LaPoint a Hall of Famer, brings fifty years of experience in competitive water skiing from competing professionally, developing TV and events to patenting sports equipment for her sport. She will use her sport as the testing ground for the app. The first full planned rollout is virtual slalom skiing encompassing all of the key aspects of high speed, exciting sport. Not stopping there, COMPETE will add video game features to increase engagement with the app when athletes can't get outdoors to play. As COMPETE matures, it will leverage emerging augmented reality technologies for sports play, allowing users to be anywhere to play sports typically limited to specific locations or venues.

The technology behind COMPETE is patent-pending and there is a clear path to push the app to go viral and then monetize.

Interested investors can explore every detail of this equity crowdfunding opportunity here - http://bit.ly/2NuPMEu

About WOW Sports Network, Inc.
WOW has the goal is for COMPETE to allow athletes to compete against anyone in the world, anywhere, anytime with just a smartphone that is enhanced by augmented reality to add the goal or target virtually to their world, all while growing a sports social network so they always have someone to play with. 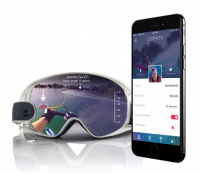 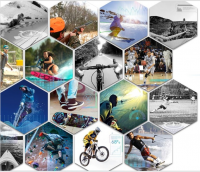