The Rottenstein Law Group, a national personal injury law firm, has launched a new website dedicated to providing the public information about the possible dangers of Xarelto and legal options if they have claims of harms suffered.

Rockville Centre, NY -- (ReleaseWire) -- 07/28/2014 --The new site, www.xareltoinjuryfirm.com, offers comprehensive information about the severe adverse side effects associated with Xarelto. Like similar so-called “blood thinners” (anticoagulants), Xarelto carries a risk of internal bleeding (hemorrhaging) side effects, according to the U.S. Food and Drug Administration (FDA). Xarelto’s internal bleeding side effects cannot be controlled or reversed by physicians, however, making the drug more dangerous than other, conventional anticoagulants, such as warfarin (Coumadin).

“We have heard allegations that Xarelto’s manufacturers should have recalled the product when they learned about the substantial dangers,” said Rochelle Rottenstein, principal of the Rottenstein Law Group. “Our goal is to make it as easy as possible for anyone possibly harmed by Xarelto to learn about those dangers and about legal options for demanding compensation for injuries suffered.”

In 2013, the U.S. FDA received several hundred adverse event reports submitted by individuals who claimed to have a serious adverse side effect while taking Xarelto (rivaroxaban), as compared to a lower number for Pradaxa (dabigatran). Data show that the number of persons being prescribed these blood thinning drugs is estimated at about 4 million for the year, with Xarelto prescriptions outnumbering Pradaxa prescriptions by two-to-one.*

Xarelto is a frequently prescribed blood thinner that has been associated with uncontrolled bleeding in the body’s vital organs, according to reports to the U.S. FDA. Worse, this internal bleeding can be so severe that it can lead to stroke or death. Data show that the U.S. FDA received almost 700 adverse event reports associated with Xarelto in 2013 documenting injuries sustained by patients who were prescribed the drug by physicians.* Anticoagulants—or “blood thinners”— are typically a high risk drug, although they are widely prescribed to help prevent blood clots that can lead to heart attacks and strokes in some patients.

Anyone needing more information about the dangers of Xarelto should visit the site, where everything is explained in clear, concise language. Representatives of the firm are available to answer any questions, and there is a confidential, no-cost claim evaluation form that can be filled out in order to determine if there are grounds to file a Xarelto lawsuit. 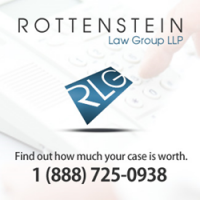