Spark Jumps Between Blockchain Technology and Competitive Game When They Meet

Singapore -- (ReleaseWire) -- 05/27/2018 --Singapore Xingji Blockchain Limited Company is led and created by a professional group with years of rich practical experience in the Internet industry. New blockchain game Xpanda is one of their outstanding works. It integrates qualities of play-ability, excellent visual effect and great innovation.

Then what are the differences between blockchain games and ordinary internet games? In ordinary internet games, the game developers operate the game in a developer-centered way by providing rules of the game, props and servers. The players rely heavily on the game developers, who can change the rules and issue props as they want, players' assets in the game is attached to the server and unable to be transferred. Blockchain is a distributed account book. The distributed storage technology of blockchain has such features as decentralization, trustfree, tamper-resistance of block data and traceability, which give the participants confidence in the technology. The application of blockchain in games will solve many natural defects arising out of the developer-centered operation of traditional online games, for example, the annoying problem of plug-in will be resolved, excess issuance of limited props will be prevented, out-of-the-game and cross-server trade will be protected, etc. Unlike other online games, the rules and data of blockchain games are highly transparent and difficult to be changed, which enable the players to produce values to their digital assets and trade them freely, therefore, they can actually own the digital assets and stop relying on the operator.

As the world's first blockchain competitive game, what are the differences between xpanda gmtk and other blockchain games? Many well-known internet companies in China are exploring the area of "blockchain plus game" and have developed corresponding products, Laici Dog, Zhaocai Cat and Jiami Rabbit were launched respectively by Baidu, NetEase and Mi, however, these products are all combinations of digital collectible and game, their serious homogenization and lack of playability means that they can't meet the entertainment needs of the players when they play the games. Unlike these games mentioned above, GMTK has not only integrated all advantages of the current blockchain games, but also created its unique three-in-one game mode of combining "pets nurturance, pets competition and mining for profit", thus innovatively bringing the mode of e-sport to the game and making the game more playable, entertaining, interactive for better experience of the players, which is a return to the entertainment essence of games xpanda gmtk has set up three modules in the mode of competition including The Number One Martial Arts Society in the World.

The Growth of Speed Panda and Team Competition, player will receive rewards and their growth value will be increased after each game. Besides, every panda is a unique one with numbers indicating its potential, attribute, algebra, bloodline, skill etc., players can change these numbers through individualized operation, which gives them high degree of freedom. Players will also receive continuous revenue brought by the growth of pets, their virtual revenue could become real property.

About Xpanda
This is a player-centered game combining interactivity, competition, entertainment and revenue, which fills the gap in the market of blockchain game and brings the players an unprecedented experience of blockchain competitive games so that the players can really enjoy the fun of games.

However, there are still a lot of deficiencies in blockchain games due to the immature blockchain technology. And an excellent blockchain competitive game shall be able to stand the test of time. So, let's wait and see where xpanda gmtk is going in the future. 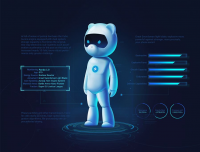 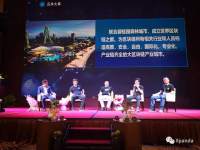