SQL Server is a relational database developed by Microsoft. The announcement means that Yellowfin is one of the first Australian ISVs to offer support for all editions of SQL Server 2012.

“Yellowfin is always looking for ways to make reporting and analytics as accessible as possible to the widest audience possible,” said Yellowfin CEO, Glen Rabie. “Microsoft is a leader in relational databases, so ensuring that our customers were able to utilize the latest version of its pervasive relational database technology, SQL Server 2012, was critical.

“This partnership will enable us to cater for our customer’s future reporting and analytics needs, and help us to continue making BI faster and easier.”

“Modern BI solutions need to be able to deliver insights on increasing data volumes and types, while embracing the consumerization of reporting and analytics,” said Sajfar. “Yellowfin’s unique Collaborative BI components and ease-of-use address the demands of an increasingly diverse BI user base, and the new ways in which those users want to discover and collaborate around BI content on a daily basis.

“Microsoft’s SQL Server 2012 ensures that those users can access all of their critical data at the speed of thought,” said Sajfar. “Together, Yellowfin and Microsoft SQL Server 2012 offer a complete enterprise reporting and analytics package that addresses the demands of today’s and tomorrow’s BI marketplace.”

SQL Server 2012, codenamed ‘Denali’, was released in March 2012, and is the latest version of SQL Server.

Yellowfin connects to SQL 2012 via a JDBC driver.

SQL Server 2012, like Yellowfin, also enables Big Data exploration with native support for Hadoop – a free open-source Java-based framework from the Apache Software Foundation that supports the distribution and running of applications on clusters of servers with thousands of nodes and petabytes of data.

SQL Server 2012 incorporates a number of enhancements specifically designed to improve BI performance, including complete fault tolerance and disaster recovery with its ‘AlwaysOn’ feature, as well as significant performance improvements for analytics and data warehousing (of 10x – 100x) with its new ‘xVelocity’ in-memory technologies, which allows users to explore unprecedented amounts of data in real-time.

About Yellowfin
Yellowfin is a global Business Intelligence (BI) software vendor passionate about making BI easy. Yellowfin is headquartered and developed in Melbourne, Australia, offering a highly intuitive 100 percent Web-based reporting and analytics solution. Founded in 2003 in response to the complexity and costs associated with implementing and using traditional BI tools, Yellowfin is a leader in mobile, collaborative and embeddable BI as well as Location Intelligence and data visualization. For more information, visit www.yellowfinbi.com

About Microsoft
Founded in 1975, Microsoft (Nasdaq “MSFT”) is the worldwide leader in software, services and solutions that help people and businesses realize their full potential.

Note to editors: For more information, news and perspectives from Microsoft, please visit the Microsoft News Center at http://www.microsoft.com/news. Web links, telephone numbers and titles were correct at time of publication, but may have changed. For additional assistance, journalists and analysts may contact Microsoft’s Rapid Response Team or other appropriate contacts listed at http://www.microsoft.com/news/contactpr.mspx. 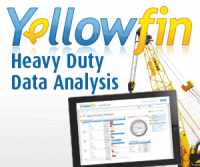 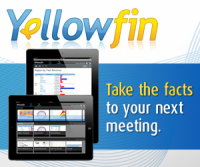