Ozark, MO -- (ReleaseWire) -- 12/10/2012 --Arianna Russell, 25-year-old inventor and CEO of Bodacious Cases LLC., and her customizable Band-It Cases for iPhone 4 and 4S and soon iPhone 5, were featured on two consecutive "Made in America" segments of ABC World News with Diane Sawyer (5-6 December). The second night’s coverage reported her website crashed less than one minute after the first show aired due to high traffic.

"This is an amazing opportunity and a dream come true for an entrepreneur like myself,” Russell says. “I would like to see more stories like mine in the news. ABC World News says if each American spends just $64 on gifts Made in the USA this holiday season, we can create 200,000 jobs."

The first ABC News-related purchase was by World News co-host David Muir, who showed his new Band-It-encased iPhone to Sawyer on-air. Initial sales immediately following the first segment exceeded 2000 before the site crashed. Less than a day after second night’s show, that number had grown substantially.

The patent-pending iPhone Band-It Case, available in multiple colors, is an all-in-one, customizable, water-resistant, two-piece snap-together cover that comes with an easily interchangeable colored band. With 12 bands colors available, users have the option, for less than $10, to change the look of their cases to match any outfit, favorite sports team or school colors without the cost of buying a whole new case.

"A lot of companies sell iPhone cases, but the Band-It Case is NOT just a case, which is what attracted Diane Sawyer to us," Russell says. "Our key differences include a built-in credit card slot that will hold an I.D. and two credit cards or eight standard business cards, plus a hidden compartment to stash emergency cash.

"Our shock-resistant case also has anti-scratch screen protectors in the front and back, which helps make it more water resistant. Even with all that, it’s not bulky and slides easily in and out of your pocket, while providing the ultimate protection if dropped."

Russell is continuing her family's history of entrepreneurship, something into which she literally was born: "My mother was working a three-day craft show on Friday, I was born on Saturday and she returned to the show with me on Sunday."

Having launched a successful car detailing business while still in high school, Russell feels she has the experience – and determination – to succeed in a tough market while fighting pressures to take her production offshore.

"It seemed everyone was telling me if my idea was do-able, then all the big companies would have already done it,” she says. “They also said 'it’s not possible to make it if you stay Made in America – just go to China, it’s cheaper'. But I went with my gut."

The Band-It Case grew from personal frustration with the protective cases available for her iPhone.

“I wanted something different and unique, something truly bodacious. With the Band-It Case, you have the best of several cases combined into one very stylish unit,” she says, adding that makes it the perfect holiday gift for any iPhone owner. “Being able to customize the phone day after day was not available before Bodacious Cases; there’s nothing else like it on the market."

Bodacious Cases is in the midst of a Kickstarter campaign, ending 13 December, to raise $20,000 for tooling and start-up production for a new iPhone 5 case. For more information – or to make a pledge – visit http://www.kickstarter.com/projects/bodaciouscases/the-band-it-case-by-bodacious-cases?ref=live.

About Bodacious Cases:
Bodacious Cases is a cell phone case and accessories company that proudly makes its products in the U.S.A. Their mission is to provide a multi-purpose iPhone case that fulfills as many needs as possible while at the same time protecting valuable assets. 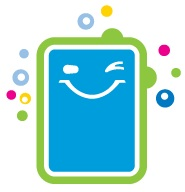 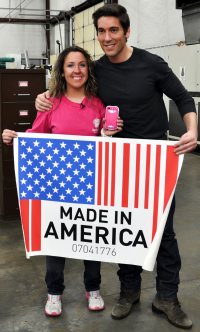 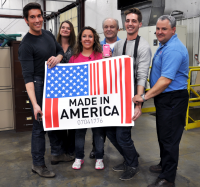