ZAPP Is a New Product from Tool Attributes to Product Attributes.

Zurich, Switzerland -- (ReleaseWire) -- 02/19/2020 --Digital asset trading is a market that is currently proliferating worldwide. As a "transit station" for trading, the exchange plays an important role in the cryptocurrency economy, and the market has huge potential. According to similarweb data, the overall popularity of the trading industry continues to rise, and the head of trading platforms including Huobi, Binance, OK, and ZB have also seen rapid growth. It proves once again that the recent battle of platform coins has indeed begun.

So, as an ordinary investor, it is more important to choose a platform that is safe and reliable and has a strong product than blindly investing.

ZB trading platform currently has the high performance of tens of millions of concurrent transactions, which can meet the trading needs of customers. On the way of continuously summing up experience and moving forward, we will not worry about the competition of small entrepreneurial teams. The team has not experienced any coin theft for 6 years, which can be said to be unique in the market.

This year's platform currency battle, ZB is also closely following OKEx, ZB's cumulative burned of 1.4 billion repurchase announced this year has confirmed its strength again. According to Feixiaohao.com (Chinese Market Data Platform, similar to CoinMarketCap), ZB points have increased by 105.02% this year, and this information from ZB has undoubtedly added a touch of color to the industry.

In addition, ZB APP has launched the ZAPP section, which is currently in the beta stage. It welcomes shopping, tools, mining, live boardcast, games and other products to settle in ZAPP, focusing on supporting the ZAPP project around the ZB ecological.

ZB is the earliest mainstream exchange that listed on Ethereum and EOS, also taken the lead that listed currencies including QTUM, HSR, BTS and XRP with great potential for growth. Facts also proved that during 2016-2018, ETH rose from 30 yuan to 11,000 yuan, EOS rose from 6 yuan to 140 yuan, BTS rose from 0.5 yuan to 3 yuan, and XRP rose from 1.25 yuan to 24 yuan. In these markets, ZB.com users are making real money.

It must have its own characteristics If want to stand out from so many exchanges. At present, it is a good choice to enable platform coin application scenarios to products.

In December last year, the new ZB V4.0 version app was finally released after a long period of internal testing. At the same time, it was launched on iOS and Android versions, bringing a total of 8 new features and 60+ major improvements. Full support for community chat and cryptocurrency red envelopes (red paper containing money as a gift), new visual interaction and night mode also give users a refreshing feel.

At the product level, multiple communication methods are supported, including text, voice, red envelopes, and pictures. It also supports 10,000 people to chat at the same group, which can effectively help users to understand the progress of the project and obtain first-hand information.

This year's Spring Festival, the ZB team has been constantly updating and iterating new products to improve the old BUG. The ZAPP (similar to the APP store) that is currently focused on incubating the application ecological platform allows multiple applications to access, guides users to participate in various services of the platform, shares the growth rights of the platform, and continues to expand the scenario of ZB tokens application. It means that the subversion of digital currency exchanges from instrument attributes to product attributes makes digital currency exchanges more intelligent. Recently, ZB also officially announced the start of recruiting ZAPP application innovation talents and teams.

Through the access of third-party applications, combined with the third-party industry applications, continuous innovation and integration of assets in the chain. The scenarios for ZB applications continue to widen. Such as games, malls, live broadcast, finance, medical, etc. At present, a common transportation query tool for patients with pneumonia has been launched.

In the future, with the liberalization of policies and intensified competition, exchange products will be more intelligent, services will be better, and users will usher in explosive growth. With the addition of more users, the exchange will become a traffic entrance in the near future. Only the hard core of the product can be expected to become an important factor in pushing the digital currency exchange into a period of demographic dividend. 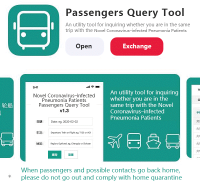