ZB.com November Research Report (Part I)-the Impact of the US Election Is Predictable, and Regulatory Issues Cannot Be Ignored

Hong Kong, China -- (ReleaseWire) -- 11/17/2020 --Since November, digital currencies have entered a standard bull market, sweeping away the haze of October. The price of Bitcoin has also reached the highest point of this year at $15,907.71. The trend behind the nearly $16,000 price of Bitcoin is closely related to the ups and downs of the US election.

Bitcoin rises instantly before the U.S. election
The road to this year's election in the United States can be described as chaotic. Two elderly candidates, Joe Biden and Trump, staged an inspirational drama for the nation.

On November 7, after four days of intense vote counting, the 77-year-old Democratic presidential candidate Joe Biden won over 270 electoral votes. CNN, BBC and many other mainstream American media announced Biden's victory. According to data from the "U.S. Election Project", the election statistics agency, about 160 million registered voters voted in the 2020 presidential election, with a turnout rate of 66.9%, a record high in 120 years.

Let us review the trend of Bitcoin during the U.S. election.

On November 4th, Hong Kong time, the general election had just begun, and the price of Bitcoin rose by 2% within 30 minutes. The highest price was US$14012.85 per coin. The trend of Bitcoin in the few days since then is very gratifying.

On November 5th, the price of Bitcoin continued to rise, with the highest price being $15080.78 per coin;

On November 7, the U.S. medias announced that Biden had won the general election. Bitcoin stopped its gains and stabilized at around $15,000;

On November 8, the price of Bitcoin dropped slightly, with the lowest falling back to US$14,415.70;

On November 9, the price of Bitcoin rebounded slightly, and it is currently hovering around $16,000.

Why did the price of Bitcoin skyrocket when the election ended in a confusing situation?

Let's first look at the U.S. stock market. The performance of the U.S. stock market since November 4 is quite eye-catching. The Dow Jones Index rose by more than 800 points. This has also driven the rise of the crypto market. In addition to Bitcoin's record high in more than two years, Ethereum, the second largest cryptocurrency in market value, also broke through $400, with a daily increase of nearly 5%.

The rise in the market also drove the flow of Bitcoin, which to some extent reflects the current sentiment of crypto investors. According to data from crypto analysis company CryptoQuant, the outflow of bitcoin from crypto exchanges has just set the biggest increase this year, reaching 30,000 bitcoins. Industry insiders believe that when traders want to sell bitcoins in their hands, they will deposit bitcoins on exchanges. Therefore, when capital flows out of the exchange, it means that traders, crypto whales and individual investors intend to hold Bitcoin for a long time.

Judging from the transfer data of Bitcoin in this rally, this rally is mainly caused by whales and large stockholders. There should be new capital injection behind the stockpile, which has accelerated the speed of giant whale purchases.

In addition, the number of Bitcoin addresses holding more than 100 BTC reached 16,271, a seven-month high. It can be seen from the data that after Square purchased 50 million USD worth of BTC, the number of high-asset individual investors in the Bitcoin market has increased significantly.

The trend of whales and large investors leading retail investors is optimistic. Such data is sufficient to show that Bitcoin is still in the initial bull market stage. A large amount of funds from new retail investors and mainstream investors have not yet entered the cryptocurrency market.

CryptoKaleo, a cryptocurrency analyst, pointed out that from the analysis data of Bitcoin's past price movements, it can be seen that this wave of upward momentum is likely to be just the "beginning of a new bull market." Then, in a few days to a few weeks, Bitcoin may further increase significantly. Rose, and then exceeded $20,000. According to the analysis, whether there will be continued growth of Bitcoin is still unknown, but after Biden is elected President of the United States, the future of digital currency may be better!

Joe Biden was elected, what is the future of digital currency

In July 19, Trump publicly posted remarks on Twitter, claiming that he was not a fan of Bitcoin and other cryptocurrencies. He believes that cryptocurrency is not money, and its value fluctuates greatly, and there is no physical object. It comes out of thin air and is not regulated. These factors allow cryptocurrency to be used for illegal activities, including drug trade and other illegal activity.

Trump also bombarded Facebook's Libra, saying that Libra has no legal status and reliability. These show that Trump's attitude towards digital currencies is very unfriendly.

So far, the new President of the United States, Joe Biden, has not made any remarks on the field of digital currencies, except for publicly expressing his acceptance of donations from digital currencies during the general election.

But as everyone knows, he is a supporter of the latest technology and advocates advanced technology-related policies. Biden's supporters believe that his policies will benefit the technology industry. Bloomberg News says that Biden's election will allow more mainstream people to accept Bitcoin, which may allow Bitcoin ETF approval.

The above picture is a comparison between Trump and Joe Biden's opinions on the U.S. economy, foreign policy and other areas.

Taken together, Joe Biden's position is good news for the digital currency field compared to Trump's, mainly for the following three reasons:
1.From the proposition of globalization, it can be seen that Trump has an anti-globalization attitude, and Joe Biden advocates a return to globalization.

Kristin Smith, executive director of the Blockchain Association, believes that the US attitude towards cryptocurrency is likely to undergo "significant changes" during Joe Biden's election as president. The election of Biden will surely have a surge in the market for mainstream currencies such as Bitcoin.
At the same time, Joe Biden has been cautious about key positions in the next U.S. government. It is reported that he is likely to appoint Gary Gensler, the former chairman of the U.S. Commodity Futures Trading Commission, to oversee Wall Street and let Fed Governor Lael Brainard serve as Secretary of the Treasury. Lael Brainard attaches great importance to the development of digital dollars, and previously emphasized the need for a lot of research and experimentation to strengthen its understanding of the opportunities and risks related to central bank digital currencies.

Biden will officially take office as President on January 6, next year, and professionals in the circle predict that the Biden administration will definitely make the supervision of the crypto space clearer. The clarity of regulation is definitely good news for the entire digital industry. The gradual regulation of industry policies means that the legal path of digital currency is on the right track. However, the current regulatory risks of digital currency exchanges are very serious.

From the perspective of the number of policy promulgations, China's policies involve the largest number of information about blockchain, which is far ahead of other countries; followed by the United States; South Korea and Japan occupy the third echelon.

Looking at Southeast Asia, some governments in Southeast Asia are completely different from China and the United States, and the government supports the development of digital currency. Especially Malaysia, Thailand, Philippines and other countries.

ZB.com exchange, which has obtained a number of compliance licenses, has placed its main office in Malaysia, with the main purpose of reducing unnecessary regulatory troubles. Judging from the current market supervision situation, ZB.com's choice does have merits. Not only has it not been affected by this supervision, but it has even received the support of the local governments of Southeast Asian countries to support the local economic development. With the help of this supervision, ZB.com may take advantage of the trend.

Therefore, for the head exchange, the choice of business address, audience users, and legalized license country is crucial to the long-term operation of the exchange.

The traditional financial capital market is about to enter the market, and the digital currency may usher in a second benefit

On October 21, 2020, PayPal announced the launch of a new service called the "Cryptocurrency Center", which allows US account holders to subscribe, hold, and sell Bitcoin and several other cryptocurrencies in PayPal's online wallet. And PayPal plans to open cryptocurrency payment channels starting in 2021, and users can use cryptocurrency to buy any goods on its huge network of 26 million merchants. The initially supported cryptocurrencies mainly include (BTC) Bitcoin, (ETH) Ethereum, (BCH) Bitcoin Cash, (LTC) Litecoin.

Dan Schulman, president and CEO of PayPal, said in an interview that the efficiency, speed, and flexibility of cryptocurrency have brought various benefits to people. He believes that the final transition from physical currency to digital currency is "inevitable." PayPal hopes that the service will stimulate the use of digital cryptocurrencies on a global scale. At the same time, this move will also help PayPal prepare for the possible development of new digital currencies by central banks.

After Paypal announced its support for Bitcoin, Social Capital Chairman Chamath Palihapitiya predicted this way: "After PayPal released the news of supporting Bitcoin, major banks are meeting to discuss how to support Bitcoin. This is no longer an option."

At the same time, the official website of DBS Bank broke out announcing the launch of a cryptocurrency exchange. The page displayed "digital assets will become the future of the digital economy." However, after only one hour of the promotion page, DBS Bank will hide the page. In response, the bank's spokesperson said: "DBS Bank's digital asset exchange plan is still in progress, but it has not yet been approved by the regulatory authorities. No further announcement will be made until it is approved."

Today, the number of banks that support Bitcoin is increasing. Some smaller banks and online banks support users to buy Bitcoin, while other banks, such as Simple Bank, also integrate cryptocurrency exchange and wallet functions.

Li Lianxuan said: This will bring new enthusiasm and optimistic expectations to the market, and at the same time will have a certain impact on the original digital asset trading platform. Because traditional financial companies like PayPal and DBS Bank have a larger user base and higher market reputation. However, the cryptocurrency industry is still in its early stages. The entry of these large companies into this field is more of a trial and trial nature, and the future is uncertain. 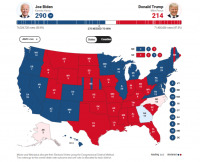 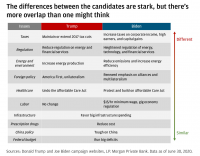