In the teaser video, ZHIYUN has released a series of what is yet to come revealing some cool features of the new guest host program. The trailer features cyberpunk style, talking about three talented YouTubers secretly assigned the mission by an anonymous. The scenario is enchanting and stirring.

As a new step in bolstering ZHIYUN's portfolio, ZHIYUN's new guest host program will cover product function, scene display, application, collaboration, and more to perform beyond ZHIYUN handheld gimbal. The new host program will show the consumer how to rely on a handheld gimbal stabilizer to elevate the filming experience with ZHIYUN's advanced technology that offers more functionality, convenience, and possibilities.

It will also feature regular guests. Start in April this year, three hosts will take the audience through new episodes each month. In this regard, ZHIYUN has invited Josh Morgan, Gundars Magone, and Se Park to share their views on the use of stabilizers. Alongside the talented host lineup, James Matthews makes his great effort in supporting the program. The new host lineup, which many viewers love, has made learning about the stabilizer easier and more fun. They will constantly create entertaining videos that provide people with the information they need to learn more about filming.

The new host program of ZHIIYUN was under preparation since the early spring of this year. It is a response to the recent trends. For the last few months, ZHIYUN has launched its creative video camera stabilizer skill series - How to Make A Short Movie with Your Gimbal, which comes out to be a great success. A wide variety of audiences welcomes it. The hit and video playback amount are noticeably over 10,000 as of press time. ZHIYUN's new host program, as a new version of the ZHIYUN gimbal stabilizer series, will keenly show audiences more about the gimbal technique and take your gimbal game to the next dimension.

Nowadays, the video channel has become one of the essential parts of everyone's life. It has produced lots of artists and allowed them showcasing their talent. While trying to find a dedicated site or set of videos to learn more about filming with a stabilizer can be tedious, the ZHIYUN new guest host program provides short informative, entertaining videos about filming that can be a lot of fun.

The new guest host program will be online after the teaser video released on 30th March. It will be broadcast on the ZHIYUN YouTube channel starting in April. As more episodes are developed, more people will join the journey of ZHIYUHN's new host program with Josh Morgan, Gundars Magone, and Se Park. Subscribe at ZHIYUN YouTube Channel.

About ZHIYUN Tech
Established in June 2015, ZHIYUN Tech is a high-tech enterprise that develops, manufactures, and sells stabilizers for cameras and smartphones. ZHIYUN has established itself as a global leader in the industry and has led and formulated the primary standards for the stabilizer. ZHIYUN' customers enjoy the easy-to-use and intelligent stabilizer solutions that have been consistently recognized for high performance and innovation. For more information about ZHIYUN, please visit https://www.zhiyun-tech.com. 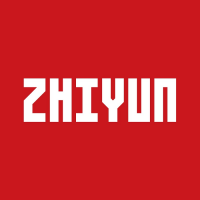