Everyone is invited to EXPLORE THE EXTRAORDINARY and learn about Paths to Healing and Wholeness. The International Association for Near-Death Studies (IANDS) will host this weekend conference in Orlando, where people will gather from all over the country—and the public is invited.

Everyone is invited to EXPLORE THE EXTRAORDINARY and learn about Paths to Healing and Wholeness. The International Association for Near-Death Studies (IANDS) will host this weekend conference in Orlando, where people will gather from all over the country—and the public is invited. Students will be offered a 60% discount when registering at http://www.neardeathconference.org

Gregory Shushan, Ph.D
One of the presenters, Dr. Gregory Shushan is currently an Honorary Research Fellow at University of Wales Trinity Saint David, and has held similar positions of honor at universities throughout Europe. He authored the Grawemeyer Award nominated Conceptions of the Afterlife in Early Civilizations: Universalism, Constructivism, and Near-Death Experience. Shushan will discuss how near-death experiences (NDEs) are unquestionably part of the human experience, no matter their source: biological, psychological, and/or metaphysical. He will explain how NDEs are filtered through our layers of culture, language, and individuality. This presentation addresses the role of NDEs in the formation of afterlife beliefs, the relationship between NDEs and cultural expectations, and the varying modes of interpretation and assimilation of these experiences in different societies.

Neil Helm, M.A.
Neil Helm is another of the many fascinating speakers at the IANDS conference. He spent over 40 years in a Space Science career with executive positions in corporate, government, and academic research centers. He addressed the United Nations and was nominated for the Nobel Peace Prize. Now, his life is focused in other areas as a Scholar in Residence and holds a faculty position at Atlantic University in Virginia Beach. He will present his PhD dissertation-in-progress which investigates the influence that near-death experiences (NDE), especially their aftereffects, have on religious beliefs and spiritual values. In the study of the influence of NDE aftereffects on religion and spirituality, "it is important to establish a basic understanding of religion; then one can look at the similarities and differences between religion and spirituality."

Nancy Rynes
Nancy Rynes will present at the IANDS Orlando events, as well. She experienced an extensive transformative near-death experience (NDE) during surgery. She tells this story in her book, Awakenings from the Light, published in 2015. The NDE transformed her views from those of an atheist to a believer and spiritual explorer. She will share her struggle during her return to physical life and how her NDE gave her the tools needed not only to reintegrate to human society but also to transform her life into one she always wanted to live. She will discuss the power of choice, how gratitude and compassion can transform lives and the world, and help attendees discover the amazing gifts we have on the physical plane. Nancy will present exercises that others can use to transform their lives one step at a time, whether or not they have had an NDE.

Early Bird Registration and discounts will continue through May 3, 2016.

Visit http://www.neardeathconference.com to see the entire list of notable authors, other guest speakers and workshops.

About IANDS
IANDS is the informational and networking center in the field of near-death studies, the first organization in the world devoted to exploring near-death and similar experiences. Members are researchers, laypeople, academics, and caregivers; experiencers and non-experiencers; professionals and the general public; from every continent but the Antarctic.

Like IANDS itself, the Association's publications and programs are unique. The quarterly newsletter, Vital Signs, and the scholarly, peer-reviewed Journal of Near-Death Studies provide information and intelligent discussion generally not available anywhere else.

Around the US and Canada, 50 or so support groups meet regularly, with more in Europe, Australia, and Asia. For its periodic conferences in North America, IANDS pulls in top speakers, experiencers, researchers, and interested people for education, sharing, networking, and friendship. 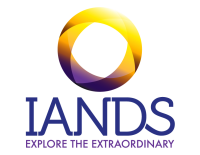 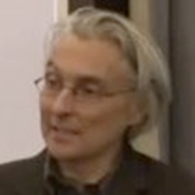 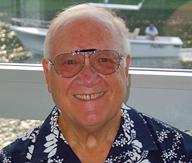 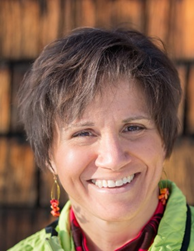