Introducing Arado, and Their Adventures in a New Virtual Universe Complete with Music

A new genre of music, Electronica/Space Pop has arrived. With their unique sound arado is creating the first in a trilogy of albums chronicling their adventures, Spooky Action at a Distance -Purity; with a new virtual universe by award winning visual artist Taavi Torim.

Brisbane, Australia -- (ReleaseWire) -- 02/07/2017 --Space, the final frontier, has captured the public's imagination since the launch of Sputnik and man's first tentative steps to explore beyond our planet. Since the 1950's exciting new discoveries have seemed almost endless and have continued to excite public interest spawning the production of countless movies, TV shows, novels and music.

Today an up and coming group named arado are creating their own unique take on the genre, following in the footsteps of projects by some of the greats such as Jeff Wayne's musical version of 'War of the Worlds' and Pink Floyd's 'The Wall', they are crafting a new album with accompanying story chronicling the adventures of arado (arado are a band of freedom fighters formed after the military takeover of the Tri-System by the Autokrator's Forces 'The Unity'. They are a mixture of political dissidents, escaped convicts, disillusioned robots and other misfits from the Orion- Cygnus arm of the Milky Way). This universe will give listeners another frontier to mentally explore and the first draft of the accompanying Novella to complement the music has been completed and much of the music has already been produced, giving those interested an immersive experience.

The arado universe's key feature is the arado album titled Spooky Action at a Distance - Unity, containing fifteen full-length tracks. The style of music is a blend of electronica with a hint of the eighties, with expansive landscapes to emote a feeling for these alien worlds and characters. They have even aradoized a few classics! such as Space Truckin' by Deep Purple, Dear Prudence by the Beatles and Moonchild by King Crimson. The varying tempos and arrangements can make some songs instantly toe tappingly danceable whilst others immerse you in the character's world.

To round out the arado universe, there are a variety of other features and bits of content. High-end animated 'video transmissions act as music videos for each of the Spooky Action at a Distance tracks. Other content includes mysterious bits of written lore, a character list, a novella, and more. For the collectors out there, arado is even producing figurines, T-Shirts, and other merchandise including your very own signed Space Cadet Certificate to provide an engrossing experience.

Sadly, this virtual universe may never distribute its music due to the cost of finishing recording mixing, pressing and shipping CD's. To remedy this issue, the arado team has launched a crowdfunding campaign on Kickstarter. Backers will be rewarded with anything from a live concert to a digital download of the album. For those who are interested in the arado universe but simply do not have the money on hand to contribute, arado would like to remind readers that spreading the word of the campaign is just as valuable if not more valuable than a small donation. Through the help of readers, the arado universe will soon be completed and its music will blast throughout The Milky Way, entertaining earthlings, robots and aliens alike.

To learn more or support the creation of arado visit the Kickstarter campaign page. 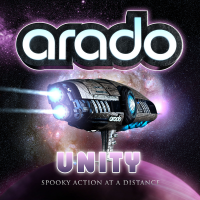 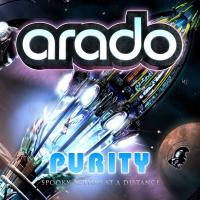 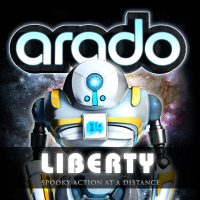