Cuban diva and world music legend Xiomara Laugart takes the stage for a good cause.

Brooklyn, NY -- (ReleaseWire) -- 04/13/2010 -- Cuban diva and world music legend Xiomara Laugart will perform at Transdiaspora Network’s 3rd Annual Benefit Concert on Saturday, May 15th at 7:30 p.m. at Tribeca’s Lafayette Grill and Bar. Discounted online tickets are available in advance for $35 at http://www.transdiasporanetwork.org and standard tickets can be purchased at the door for $40. Columbia University students can purchase tickets at the door for a special student rate of $25, with valid ID. Proceeds will benefit Transdiaspora Network’s Brooklyn-based youth development and HIV/AIDS prevention and awareness programs.

Xiomara Laugart, former lead vocalist for Grammy-nominated fusion band Yerba Buena, represents the essence of the old Cuba - with its rhythmic folk songs - fused with a blend of today’s directness and clarity of voice. She takes on each style of music and embraces it with her own stamp and authentic flare.

"Our benefit concert is not just an opportunity to raise support for our HIV prevention programs, it is also a chance for us to come together and celebrate, to experience both great joy and deep reflection to the sounds of the Caribbean," said Ariel Rojas, TDN Founder and Executive Director.

Benefit tickets include concert, dinner, and drink specials. Prizes will be given away in a $5 raffle buy-in, including four dinners for 2 at Lafayette Grill and gift certificates from Body by Brooklyn spa, Brooklyn Wine Exchange, Gnarly Vines, Habana|Harlem CDs and concert tickets, and more. Over 100 guests are expected to show up at the benefit. The after-party will also be at Lafayette Grill (http://www.lafayettegrillandbar.net), which is located on 54 Franklin St, between Lafayette and Broadway. 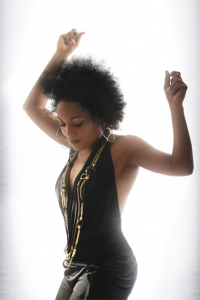