Albany, NY -- (ReleaseWire) -- 02/18/2013 --At its Annual Legislative Conference, the New York State Association of Counties (NYSAC), which represents the thousands of elected and appointed county officials throughout the state, urged the Governor and State Legislators to increase funding for counties and other local governments to meet rising costs for maintaining, rehabilitating and reconstructing local roads and bridges.

Local roads and bridges account for 87% of the roads, 50% of the bridges. Forty-eight percent of the vehicle mileage logged in New York State is on locally-owned roads. This local system is a vital and indispensable part of the overall transportation infrastructure.

The call to action by the local officials is in response to the 5-year “freeze” in funding for the Consolidated Highway Improvement Program (CHIPS) and the Marchiselli state-federal matching funds--the primary funding sources for the majority of local transportation projects. CHIPS funding has been stuck at $363 million and Marchiselli at $39 million since 2008-09 fiscal year and Governor Andrew Cuomo is proposing no increases for 5 more years.

In the meantime, inflation takes its toll on buying power, with fuel costs up 190%, asphalt 206% and materials 57% over the last ten years.

“We appreciate the actions taken by NYSAC that seek to highlight the broad challenges county highway departments face in fixing and preserving their vast local systems of roads and bridges that suffer from years of neglect due to shortages in funding,“ said William Wright, President of NYSCHSA and Ontario County Highway Superintendent.

To make a bad situation worse, local highway departments are facing substantial losses in federal highway aid as a result of the new federal transportation program, MAP-21. According to Wright, local governments have lost access to about 40% of federal funds of which they were eligible for in the past.

Wright said he is always encouraged when leading local government groups like NYSAC join in voicing their support for more state investment in local transportation infrastructure.

“Having a modern system of roads and bridges in New York State must be a priority for elected state leaders,” said Stephen Acquario, NYSAC Executive Director. “Increasing investment in our local transportation infrastructure will ensure the continued safety of the motoring public and position New York to be a more competitive state for economic development and job creation.”

NYSAC adopted three resolutions that call for increasing state funds for CHIPS and Marchiselli, establishing a state aid to local bridge and culvert program and reforming the state’s Dedicated Highway and Bridge Trust Fund to insure adequate levels of state aid to transportation in the future. NYSAC resolutions become the group’s policy positions and agenda going forward and are transmitted to the Governor and the Legislature to inform them as to the priorities of county government. 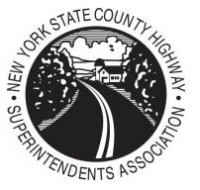