Carlsbad, CA -- (ReleaseWire) -- 10/07/2014 --Partners In Leadership (PIL) announced today that its off-the-shelf and custom training content received the #1 ranking in the training and development industry for Excellence in Content. The company received this esteemed Learning in Practice Award from Chief Learning Officer magazine for its accomplishments in partnering with organizations to teach employees about key business issues. The company’s off-the-shelf and custom content for all three of its training tracks were evaluated and considered.

“We’re pleased to receive this distinguished award for the impact of our training, quality content, and successful, ongoing relationships with our clients,” said Roger Connors, CEO and co-founder of Partners In Leadership. “We enjoy working with our clients to create quality cultures that lead to transformative business results for them.”

PIL was nominated for this award by Brinker International, the parent company of restaurant industry innovator Chili’s. In 2009, Brinker faced massive challenges. A collapsing economy with a downturn in casual dining, combined with an organizational culture that focused on blaming others and a widespread confusion around goals, the company was failing to meet results, leading to lower profits and an all-time low share value. Brinker engaged PIL to overhaul its culture and introduce a “Train. Retain. Sustain.” model, which focuses on accountability training, retention of concepts and fundamentals, and sustainability of the practices and principles to ensure ongoing success of the programs PIL helps to integrate.

“At Partners In Leadership, we engage each of our clients with a unique approach—no company is the same, and no problem is either,” continued Connors. “It’s exciting to also see that some of our clients were recognized with similar accolades. The relationships we establish with our clients and the content we deploy to support their needs is what creates their success.”

Each year Chief Learning Officer hosts the Learning in Practice awards which recognize leading learning practitioners and providers who demonstrate excellence in the design and delivery of employee development programs through a combination of qualities such as leadership, vision, business acumen and strategic alignment.

"The Learning In Practice Awards recognize transformational and visionary leaders in enterprise education," said Mike Prokopeak, editor-in-chief of Human Capital Media, which publishes Chief Learning Officer magazine. "This year, we received more than 200 nominations across 15 categories, and our panel of expert judges has determined these finalists are the industry leaders who truly champion innovation and transform it into value for their organizations."

The 2014 Learning In Practice Awards were announced at a special awards ceremony on October 5, 2014 during the Fall 2014 Chief Learning Officer Symposium in Carlsbad, California, which attracted more than 300 top corporate learning executives from around the world to discuss long-term learning strategies for creating and sustaining high performance. Awards were given by Chief Learning Officer, whose parent company Human Capital Media Group, publishes Chief Learning Officer magazine, Diversity Executive magazine, Talent Management magazine and Workforce magazine. Each publication is recognized as a leader in its segment and has received numerous awards and accolades.

Partners In Leadership and the other 2014 Learning In Practice Award winners will be featured in a special report supplement to the December issue of Chief Learning Officer magazine.

For more information about the awards, visit the CLOmedia award site.

About PARTNERS IN LEADERSHIP
Founded in 1989 by Roger Connors and Tom Smith, Partners In Leadership (PIL) is the world’s premier provider of Accountability Training and culture change training and consulting services. Partners In Leadership has enabled thousands of companies and millions of people in more than 100 countries to achieve dramatic results: billions of dollars in improved shareholder wealth and hundreds of thousands of jobs saved—resulting in some of the highest praised and best places to work in the world. The company’s training and consulting services benefit from the solid foundation found in the innovative Three Tracks To Creating Greater Accountability (Self, Culture, Others), each based respectively on a New York Times bestselling book developed by PIL to assist organizations in developing leaders and achieving their desired key results.

Partners In Leadership has U.S. offices in Atlanta, Chicago, Dallas, Phoenix, Pittsburgh, Manhattan, Milwaukee, Seattle, San Diego, and Salt Lake City. Corporate headquarters are located in Temecula, California and is represented by DOOR international, the exclusive international representative with offices in over 100 countries and 300 representatives throughout the world. 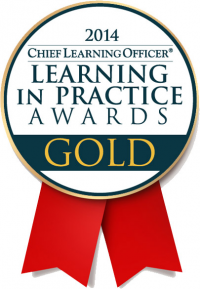