Technology start-up Open Netware has launched the ‘Privacy On Top - Internet privacy made easy’ project on Indiegogo. The team behind this campaign is crowdfunding to bring a safe new way to provide online security and anonymity to the market.

Pandurang Wadi, Mumbai -- (ReleaseWire) -- 02/10/2016 --Open Netware, a start-up in the modern technology world, has launched a campaign on Indiegogo in order to introduce their new Wi-Fi router "Privacy on Top" to the public. This campaign has a funding goal of $25,000, which needs to be raised in order to scale up their infrastructure, and take Privacy on Top into mass production. Privacy On Top gives a user security, privacy, anonymity and censorship-bypassing using Tor (software for enabling anonymous communication). Everything a person does online is traceable, which leaves a user open to attacks as well as to the loss of identity and privacy. This may be a scary thought, but it is that stark reality that led Open Netware to create Privacy on Top. The team at Open Netware believes "Privacy is a right - a right that you shouldn't have to be a tech wiz to protect."

Privacy on Top provides: online privacy and security, secure access of the Dark Web, uncensored internet access, faster internet speeds, blocking of phishing websites, router hardening configured with OpenWRT to provide stronger passwords and higher Wi-Fi security standards. While all of this may seem complex to the average person, the team at Open Netware has made the router extremely user friendly. They state, "Based on our research on Wi-Fi routers and common attacks, we designed our router to be highly secure out-of-the-box. It addresses all the pitfalls that router manufacturers find hard to fix." Users can choose between 3 different Privacy on Top options: a small router for travel and personal use, a standard router for home use, and a high end router for a large home or office. Supporters can also choose between 2 different versions of the travel router, and 3 versions of the home router.

The team at Open Netware has been working very diligently on all of the essential groundwork for their Privacy on Top Wi-Fi router. They are now ready to begin the next stages in manufacturing which is why they have launched their crowdfunding campaign and hired a team of crowdfunding specialists to help them spread the word. As an added bonus with this campaign, the team is offering several perks. These perks, which serve as funding incentives, range in value from a "Thank You For Backing Us" perk, that enables a supporter to follow the campaign and receive all of the updates, to the opportunity to pre-order Privacy on Top at a substantial savings off of regular retail price. The team has a projected delivery date of February 2016.

About Open Netware
Open Netware is an India based startup founded by two young entrepreneurs with a shared vision. It consists of a diverse team of talented individuals who each possess extensive experience in their fields of expertise. Open Netware plans to fix the gap and take the network to next level. Everyone on the team is passionate about making a difference in the network arena.

To contact via email write to Mangesh Bhamre at: mangesh@OpenNetware.com

For more information about the specialists at Smart Crowdfunding Click Here 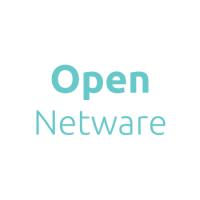 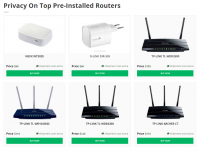