Smart Crowdfunding is slated to carry out strategic marketing initiatives for the ‘Hashtagger’ crowdfunding campaign on Indiegogo. The cutting-edge wireless charger is capable of turning an average house into a state-of-the-art smart home.

Austin, TX -- (ReleaseWire) -- 10/21/2014 --Wireless charging is hardly a new concept. In fact, it is becoming more common-place in the ever evolving world of mobile technology. STATUUS, a FAAS (feedback-as-a-service) start-up, is taking this concept one step-further with their newest innovation ‘Hashtagger’. The company describes Hashtagger as “the world's smartest wireless phone charger”, and is introducing it to the public via an Indiegogo crowdfunding campaign which was launched on October 12, 2014. This campaign has a funding goal of $54,000.

Hashtagger is a wall-mounted, completely wireless charger that plugs into an electrical outlet or replaces a household light switch. However, this device promises to revolutionize the way the average person looks at phone chargers in their home because it is much more than just a standard wireless charger. It essentially turns the average house into a state-of-the-art smart home. Hashtagger not only charges devices without mountains of cumbersome wires, but it also streams audio and video feeds, controls household appliances such as lighting, fans, AC/heating, etc.; has a speakerphone for room to room chatting, displays social media and text alerts by way of personal hashtag registration- hence the name, utilizes an infra-red motion detection and video capture alarm system, and much more. STATUUS has their sights set on proving just how amazing and beneficial the Hashtagger really is. The device works by utilizing a combination of NFC (Near Field Communication), BLE (Bluetooth Low Energy), GPS, Qi 1.1 and 1.2 induction/resonance wireless charging, and a proprietary mobile App.

The STATUUS team has completed initial patent filings for Hashtagger and is ready to move aggressively toward development which is why they have launched their Indiegogo crowdfunding campaign. All funds raised will be used for development, firmware, and testing, tooling for scale production of the products; and purchase of materials, production, marketing, and fulfillment. One of the benefits of this project is that STATUUS is focused on assembling Hashtagger in the U.S. in order to increase domestic jobs. All Hashtagger campaign supporters have the opportunity to pre-order the device at a greatly reduced rate. However, their “Early Bird” specials are limited in quantity. STATUUS is running an Indigiegogo referral program as an added bonus which gives supporters the opportunity to get a Hashtagger for free. Full details can be found on their Indiegogo campaign page.

About STATUUS
STATUUS is a technology start-up based in Austin, Texas focused on creating cutting-edge communication. The team consists of a group of industry experts who possess design, quality assurance, manufacturing, and coding and testing experience with some of the largest tech companies in the world. Hashtagger is their latest innovation.

To learn more about the Hashtagger crowdfunding project Click Here

To contact via email write M. Anthony Harper at: hashtagger.club@gmail.com 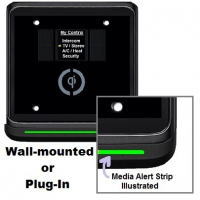 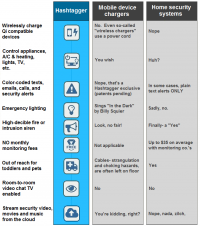