Houston, TX -- (ReleaseWire) -- 02/26/2018 --A 17-year-old girl, Susan Marie Mize, and her 16-year-old accomplice were arrested and charged with aggravated robbery following the alleged robbery and carjacking of a mutual friend on Friday, February 16 in Montgomery County. A second accomplice, a 15-year-old male juvenile, has been identified and has a warrant out for his arrest. Detectives investigating the matter allege that Mize and her two juvenile co-conspirators concocted a carjacking plot in order to rob Mize's friend, identified as Preston Barry.

According to the police report, the disturbance began the night of February 16th when Mize asked Barry if he would like to earn $150 giving her and her friends a ride to Houston. When Barry agreed, the pair headed to The Woodlands' Creekside Park to meet up with her friends. However, when they arrived at Creekside Park, a 16-year-old male and a 15-year-old male with a gun ambushed Barry.

According to reports, the 16-year-old was pretending to get into the backseat as a passenger when the 15-year-old approached the driver's side door and displayed his gun to Barry. Barry was ordered to get into the backseat; the 16-year-old accomplice then pulled a knife on him and tied him up with Mize's shoe laces. Both juvenile suspects then began beating Barry and stole his wallet.

With Mize still appearing as an alleged victim, the two juvenile suspects drove Barry and Mize to an H-E-B store on Spring's Rayford Road where they forced Barry to make a withdrawal from an ATM. The two male suspects then drove Mize to her home; they dropped her off, and investigators say that Mize never called 911 or otherwise reported the carjacking and robbery to the police.

After dropping off Mize, the two juvenile suspects drove Barry to his home in an attempt to get additional money from him. However, when the pair cut Barry free, he ran inside his home and had his parents call 911. Barry's parents spoke with the Harris County Precinct 4's Constable's Office to report the carjacking.

Once Barry was inside his home, the two juvenile male suspects drove off in Barry's car. Police found the car abandoned in Spring's Dennis Johnston Park.

The 16-year-old male was immediately caught and arrested; the 15-year-old escaped, but was later identified and has a warrant out for his arrest.

According to the Sheriff's Office of Montgomery Country, deputies were called to two Harris County residences on the night of February 16 following the alleged robbery. After speaking with Barry and his parents, officers went to Mize's home to discuss the incident with her; she was later arrested and has been charged with felony aggravated robbery.

Investigators determined that Mize had lied about the night's events and had actually set up Barry to be carjacked and robbed. According to Mize, she intended for her accomplices to rob Berry, but the carjacking was not part of her plan.

Ms. Mize is expected to be charged as a juvenile, with the same charges as the two young men who committed the actual robbery because, according to prominent Houston criminal defense lawyer Ed Chernoff, "Texas law does not necessarily differentiate the guilt of parties based on their individual roles in a cooperative crime. According to the Texas Penal Code, one party is as guilty of the acts of another if she aided, assisted, solicited, aided or attempted to aid another in the commission of a crime. Acts of another in furtherance of a conspiracy is imputed to all co-actors if those actions were reasonably foreseeable."

In essence, although she did not take part in the actual robbery, she solicited and aided in the commission of the crime. You can learn more about Texas' laws on juvenile crime here: https://www.houstoncriminallaw.com/juvenile-offenses/.

For further details and updates on this case, see the ABC 13 coverage here: http://abc13.com/teen-girl-accused-of-planning-armed-robbery-of-friend/3099124/

About Ed Chernoff
Ed Chernoff is the founder and lead criminal defense attorney at Chernoff Law in Houston, Tx. Although the firm is based in the greater Houston area, Mr. Chernoff represents client all across the United States.

To learn more about his law practice, and the types of cases he represents, visit https://www.houstoncriminallaw.com/. 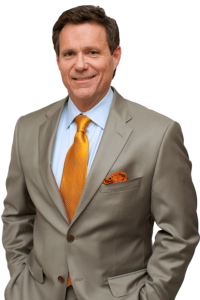