In his early youth, David Norman Dinkins remembers having grown up in Harlem during the Great Depression. He states, “we were poor as hell, but I didn’t know that we were poor”. He just thought that was the way life was then. In the summer of 1944, he was a teenager headed into his senior year of high school when WWII was in full force. In those days, he says, “no one thought of not going to war”. The only branch of service he was familiar with was the Marines, who wore a very handsome uniform with the so called “bucket of blood” running down each trouser leg. Although he was only 125 pounds, he knew he was tough, determined, and ready, so he sought to join the Marines. /after being denied several times, he went to several different cities to get recruited, and only with much persistence did he finally succeed. As he became more aware, he discovered that the armed forces were segregated during the Jim Crow era, as was the Marine Corps when he trained at Camp Montford Point, Camp Lejuene, N.C. He was disturbed that black Marines were being beaten and harassed for wearing the Marine Corps uniform. Unfortunately, it was time when black people were still being murdered because of their skin color. WWII prisoners of war were treated better than blacks wearing the uniform of the United States armed forces. However, in June, 2012, David Dinkins became a recipient of the famed Congressional Gold Medal along with other WWII era Montford Point Marines in Washington, D.C.

David Dinkins had never though of going to college after high school, but after being discharged from the Marine Corps he found that the GI Bill made going to college more affordable. H is beloved stepmother made is possible for him to get accepted into Howard University where he developed a taste for representative democracy and later majored in mathematics. In 1950 he graduated cum laude from Howard University as a member of the Alpha Phi Alpha fraternity, and in September, 1953, he enrolled into the Brooklyn Law School, and passed the bar exam in 1956. Some years later Mr. Dinkins became involved politics where he supported the Democratic Party , and eventually served in the New York State Assembly -78th District (1965-67), and Manhattan Borough President of Manhattan (1986-89). After several unsuccessful attempts in the run for mayor, in January, 1990 he successfully became the 106th Mayor of New York City, and the first of African-American descent. Mayor David Dinkins writes about his experiences In his autobiography entitled; “A Mayor’s Life: Governing new York’s Gorgeous Mosaic”. Currently, Mayor Dinkins works with New York City, University’s School of International & Public Affairs and serves on the advisory board.

Detroit- In January, 1944 a teen-ager from New York named Theodore Britton took the oath to join the U.S. Marine Corps with the desire to be in the thick of combat where the action was during WWII. However, he was unaware of the extent of the harshness of racial inequality, because he thought after all, that was something relegated mostly to the southern states. It was not until he deployed to the Pacific islands, that he was given a job that did not involve combat duty, giving him more time read Marine Corps regulations than fight the enemy. At that point he discovered a disappointing reality; men of color could not be in charge of white Marines in their units, regardless of their rank. Although they had been trained to fight, black Marines were assigned mostly to defense battalions and depot companies as opposed to assault combat units. As a consequence of widespread racism and discrimination many black Marines never received recognition or promotions they deserved, particularly those who ended up in combat units fighting on Saipan, Okinawa, Iwo Jima, and other combat hotspots in the Pacific. But, young Theordore Britton had the perseverance to excel beyond the challenge of being black in Marine Corps, at a time when it was common to be thought of inferior and incapable of making “good” Marines.

After, the Marine Corps, Theordore Britton became a graduate of New York University, obtaining a degree in Banking and Finance, and was later awarded the degree of Doctor of Laws-Honoris Causa, by Kristal University, in Tirana, Albania. In the 1980’s he was appointed as Ambassador and Honorary Consul General of the Republic of Albania. He has maintained a life-long interest in foreign diplomatic and international affairs, and travels frequently to various countries giving a series of lectures and speeches at famed Universities and other venues. Ambassador Britton served as Chief of Mission to Barbados and to the State of Grenada, from 1974-1977 with the rank of ambassador Extraordinary Plenipotentiary. Also, he served concurrently as the US Special Representative to the States of Antigua, Dominica, St. Christopher-Nevis-Anguilla, St. Lucia, and St. Vincent. In June, 2012, Ambassador Britton was among the remainder of those 20,000 black WWII Marines who trained at the segregated Camp Montford Point between 1942-1949 that were invited to Washington, D.C. to receive the Congressional Gold Medal signed into law by President Barack Obama.

President of the Montford Point Marines of Michigan, Robert Middleton; says the presence of these two great men are a great inspiration to those black Marines in living in the Detroit area, particularly those whom a special Congressional Gold Medal ceremony which has been planned for those who missed the opportunity to receive the award. 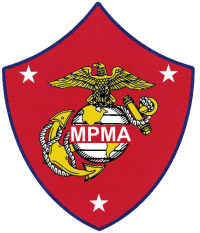 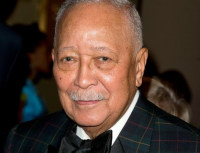 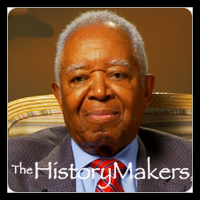